Family felt outpouring of love shown at concert to benefit them 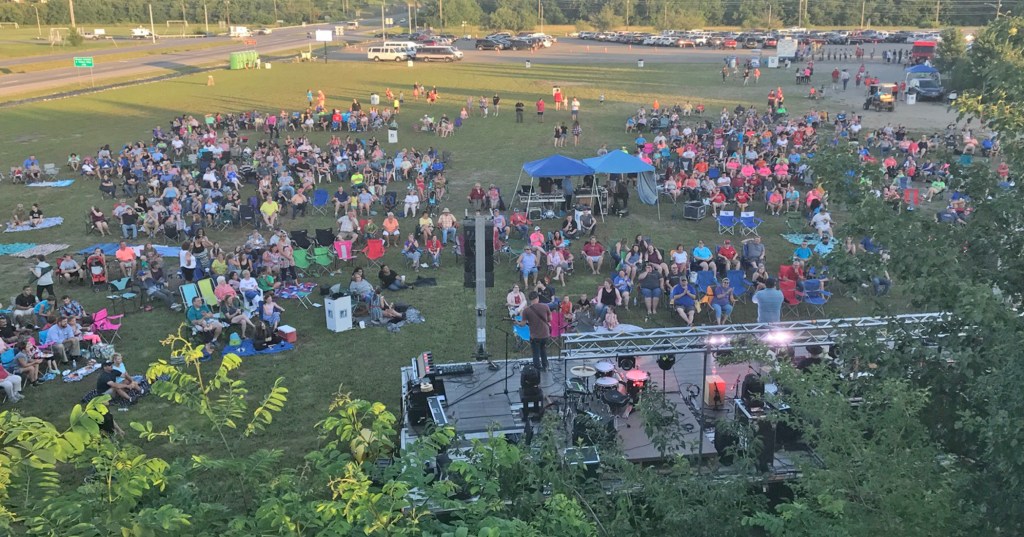 ‘We are not alone’

It was also the first time Joel and Kelly Odell, son and daughter-in-law of Delmer and Delores and parents of Keren and Phoebe, spoke to the public, beyond posts on Facebook.

“The immediate outpouring of love just took our breath away,” said Kelly Odell, thanking the multitudes of people who had reached out to the family. “It was just incredible the way that word spread.”

Odell said she and her husband were together in the hospital beside Phoebe’s bed the morning after the crash, wondering what they were going to do.

“We felt very alone. We cried and we prayed and all we could feel was despair,” she said. “But then, about 7 a.m. that morning, a friend from Tennessee posted a song on Facebook for us, called ‘Oh My Soul,’ by Casting Crowns.”

The two had never heard the song before, but decided to listen together. Odell read the lyrics, “Oh my soul, you are not alone. There’s a place where fear has to face the God you know. One more day, he will make a way. Let him show you how. You can lay this down, ‘cause you’re not alone.”

“We just looked at each other. How could someone know that this was the song that we needed at that exact moment? There’s one answer for that: God. We are not alone,” Odell said.

She continued to share examples of how they believed God was helping the family through the trying time: friends traveling from out of state to be with them, thousands of comments and shares on Facebook, knowledge of people praying for the family, cards and gifts from around the country, and the fact the concert worked out in a few short weeks.

She thanked everyone for praying for them, loving them and supporting them through the experience before handing the microphone over to her husband.

Joel Odell continued sharing how God was bringing him through what he called his “darkest hour.”

“If you’ve got a rotten little child, love them. Because she was rotten, but I loved her,” he said, speaking of their youngest daughter, Keren.

“I had a preacher contact me on Facebook. He said, ‘I face these kinds of things with people in counseling regularly. Can you give me some advice on what to say to them?’ You know what my answer is? I don’t know.”

He encouraged people to go deeper in God, because no one is protected from disaster or pain in their lives.

“The only thing you are guaranteed is that he will love you through it,” Odell said, quoting Psalms 23. “My savior, my shepherd is walking with me through this darkest hour. I have hope where there is hopelessness. I have peace that surpasses all understanding. I have joy in my darkest hour … I ask you to be joyful with me.

“Three of the people I love most in this world were taken from me 30 days ago. But I have joy.”

The Odells were at the concert with their children, including Phoebe, who was released from the hospital but remains in a back brace that limits her mobility. According to posts on Kelly Odell’s Facebook page, the young girl could be out of the brace in a few months, but the exact timing is still uncertain.

The concert opened with performances from the praise and worship band at Centerpoint Church in Danville, before the JJ Weeks Band took the stage.

Lead singer JJ Weeks said the band had last performed in West Unity, Ohio, about 316 miles from Danville. It was a bit of a drive, he said, but was “worth it.”

Being a part of the concert, he said, was something they felt they had to do.

“Our heart just broke for the situation. We were like, of course, let’s do it,” Weeks said. “That was the heart behind it.”

He said God was a part of making the timing work out for the event, by making it so The Showroom and both bands, had that night open.

“God’s timing in working it out is really cool,” Weeks said.

While the intent was to help the Odell family, he said, the event, planned in a few weeks’ time had really had an impact on the band.

“The Odell family has been more of an encouragement to us than us to them, it feels like,” Weeks said.

The JJ Weeks Band was followed by Joel and Kelly Odell, and then by the band Unspoken.

Lead singer Chad Matson said they felt being part of the performance was a win-win, because it offered them a chance to “gather around and support the body of Christ.”

“We heard the heart behind the event and our friends, the JJ Weeks band, were going to be here, so we thought, Why not?”

Unspoken’s last performance had been in Blaine, Minnesota, about 800 miles from Danville. Normally, Matson said, they wouldn’t have taken a performance that was so out of the way, but the cause was important to them.

Organizers of the Odell Family Benefit think around 700 people attended the event and estimate around $4,000 from the gate will be donated to the family, but the final tally was not available by press time.

Kendra Peek/kendra.peek@amnews.com Joel Odell speaks during a benefit concert for his family, featuring the JJ Weeks Band and Unspoken.

Kendra Peek/kendra.peek@amnews.com Kelly, left, and Joel Odell speak during a benefit concert for their family, featuring the JJ Weeks Band and Unspoken.

Kendra Peek/kendra.peek@amnews.com Kelly Odell listens as her husband speaks during the concert to benefit their family on Sunday night.

Kendra Peek/kendra.peek@amnews.com Joel Odell speaks during a benefit concert for his family, featuring the JJ Weeks Band and Unspoken.

Kendra Peek/kendra.peek@amnews.com Chad Matson, with the band Unspoken, during a benefit concert Sunday night at The Showroom.

Kendra Peek/kendra.peek@amnews.com The band Unspoken performed at the Odell Family Benefit Concert Sunday night, along with the JJ Weeks Band.

‘Death by Darkness’ one of two Kentucky Voices offerings…