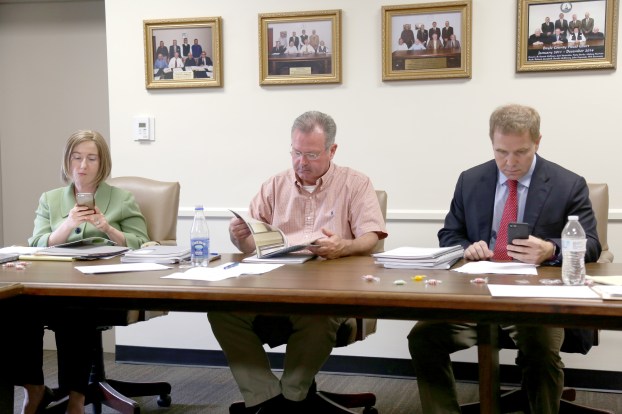 Officials with the National Institute of Corrections will visit Boyle County’s jail next month as Boyle and Mercer counties work on the possibility of building a new jail.

David Bostwick and Dave Boucher with NIC will spend two days visiting the jail and meeting with leaders from the two counties in order to develop a jail and justice system assessment, according to a letter from Boucher sent to Boyle County Judge-Executive Harold McKinney earlier this month.

“The primary focus of the site visit is to interview a small number of key policy makers, conduct a day-long workshop and set the course for future activities,” the letter reads.

The Boyle County Detention Center, which serves Boyle and Mercer counties, has 220 beds but runs daily populations above 350 most of the time. The facility was built in 1998 and is nearly paid off —McKinney said the final payment will be made in February 2019.

The Boyle-Mercer Joint Jail Committee is now in the process of reviewing five proposals submitted by companies interested in helping determine what needs to be built and what the cost would be. McKinney said the “voluminous proposals” will be reviewed by members of the Joint Jail Committee and then finalists will be chosen at a June 27 special called meeting.

“It’s going to take a fair amount of time to go through those,” McKinney said.

McKinney and Mercer County Judge-Executive Milward Dedman are also working to schedule a joint meeting of both counties’ fiscal courts, in order to discuss “long-range plans” for how the counties will house their inmates.

Currently, the two counties split the jail’s operating costs 65-35, with Boyle County taking the larger portion because it houses more prisoners and incurs more of the expenses. The current agreement has a floor of 35 percent as the lowest percentage Mercer County can pay.

McKinney has said previously that Mercer County is staying “pretty steady” at about 32 percent of the jail’s inmates — lower than the 35-percent floor.

“They (Mercer County) are beginning to make noises and I have to be honest with you — fairly so,” McKinney said in July 2016. “… We’re probably going to want to revisit that floor.”

Celebrate Recovery is more than just a ministry aimed at helping those with addictions, but Jayne Pitman, leader of the... read more