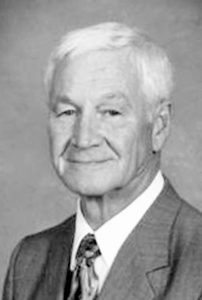 Bill served in the Unites States Army for 8 and a half years. He was employed with Cummins Engine Co. for 25 years and retired in 1998 to live on his farm in Lancaster, Kentucky. Bill served as an Elder in the Christian Church for 37 years and was a strong witness for the Lord. He loved playing music with friends and his family. He was the Rock of his family. He always looked forward to the annual trip to the Kiamichi Men’s Retreat in Oklahoma with his fellow Christian men.

Funeral service will be at Spurlin Funeral Home on Wednesday, June 14th at 9:30 a.m. with Bro. Odis Clark officiating. Visitation will be Tuesday, June 13th from 5 to 8 p.m. Burial at Camp Nelson National Cemetery. In lieu of flowers donations can be made to Hospice or Gideons International.www.spurlinfuneralhomelancaster.com