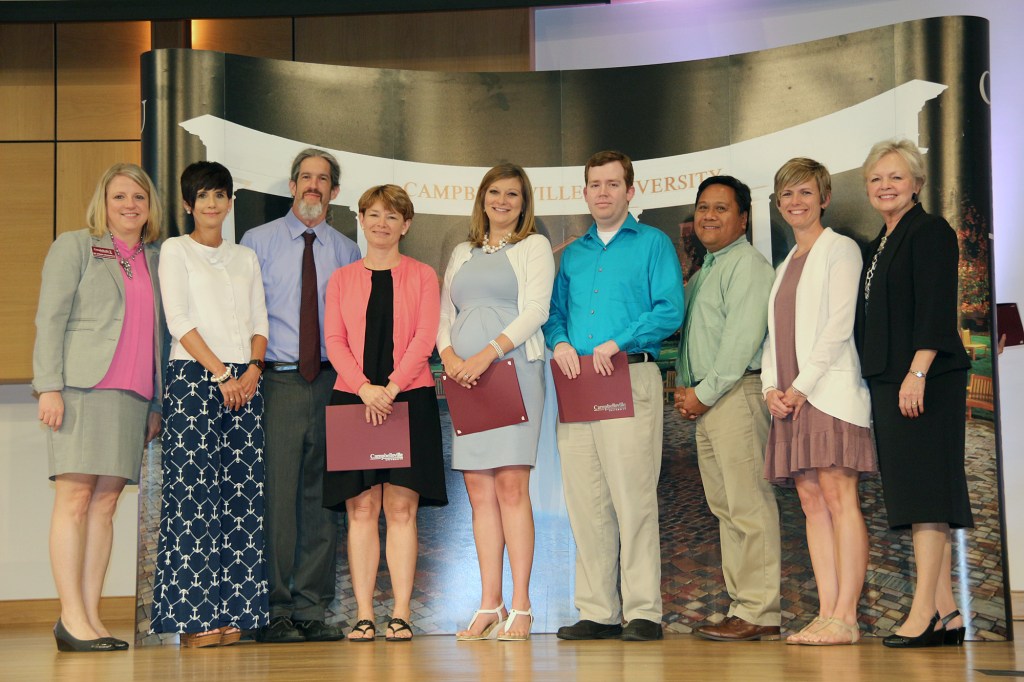 CAMPBELLSVILLE – At THE 31th annual Excellence in Teaching Awards program, Campbellsville University recognized 190 teachers from 69 school districts. A total of 3,580 teachers have been recognized for their teaching excellence throughout the years.

The Excellence in Teaching Awards program is in partnership with Lexington’s CBS-affiliate, WKYT-TV.

Holderman is a second-grade teacher at Mary G. Hogsett Elementary School, where she, except from 2005 to 2007, has been teaching since 1994.

She is married to Chad Holderman. They have two children, Lauren and Morgan Holderman.

Wall is an eighth-grade social studies teacher at Bate Middle School, where she has been working since 2009. She graduated from Boyle County High School in 2003, obtained her bachelor of arts degree in 2008 from Morehead State University. In 2016, she obtained her master of arts degree from Eastern Kentucky University. She is married to Brad Wall, and her parents are Nancy Robertson and Gary Chidester, both from Danville.