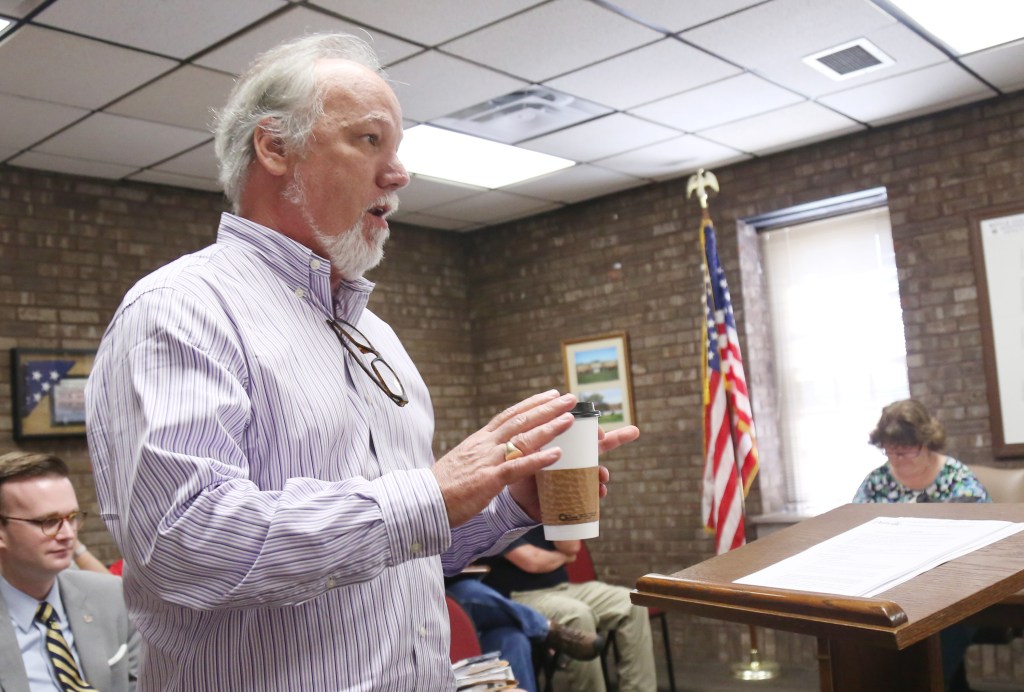 When news broke that the Danville-Boyle County Economic Development Partnership had decided to adopt a new name — “Develop Danville” — members of the Boyle County Fiscal Court found out the same way many others did: by reading The Advocate-Messenger.

That didn’t sit well with members of the court, who said Tuesday they wished they had been kept in the loop.

“The crux of the whole thing — it was a surprise and a shock to all of us,” Magistrate Jack Hendricks said during a discussion with EDP Chairman Ben Nelson, CEO Jody Lassiter and communications director Jennifer Kirchner. “When we have to read it in the paper, that’s not a really good way to do it.”

Nelson admitted he could have delayed a vote by the EDP board in order to make sure the county was aware of what was happening. But he also noted there had been no attempt to hide what was done — members of the fiscal court received agendas showing what the EDP would be discussing before the vote happened and they could have attended the public EDP meeting, he said.

On May 9, a special event was held to announce the conclusion of the branding study that led to the name change. Kirchner said it was unfortunate that the event had to be held on a Tuesday during the Boyle County Fiscal Court’s meeting, which precluded magistrates from attending.

On May 24, the EDP board of directors voted unanimously in favor of adopting “Develop Danville” as their organization’s external marketing name.

“Legally, our name is what’s registered with the secretary of state — that will remain the same,” attorney Mark Morgan explained during the meeting. “But when we refer to ourselves in public forums, hopefully among ourselves, we will evolve into ‘Develop Danville’ in the future.”

No board members voiced opposition to proposal. No representatives from the City of Danville or Boyle County — both of whom have a voting seat on the board — were present.

Kirchner explained during the meeting that the name “Develop Danville” was created as part of the recently completed branding study. It references Danville — and not Boyle County, Perryville, Junction City or other communities — because that’s what will be most effective online, she said.

“It doesn’t mean that Perryville is not important or Boyle County is not important. It’s just Google says ‘Danville’ as a name matters,” she said. “There’s just certain technical criteria to have better marketing with search engine optimization. You want to go with what the recommended (terms) are — and that’s Danville. That’s not to be politicized, it’s just what it is.”

Those same ideas were presented to magistrates on Tuesday by Kirchner.

Magistrate Phil Sammons said the problem is “when this came out, nobody knew anything about it.”

“I don’t think we was invited to the meeting,” he said.

EDP Chair Nelson said while magistrates couldn’t attend the May 9 branding event and the May 24 EDP meeting had been moved from another date, it was still clearly stated on the agenda for the meeting what would be happening. 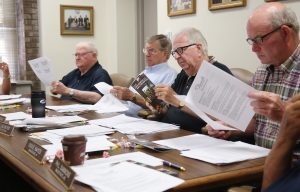 Ben Kleppinger/ben.kleppinger@amnews.com
Boyle County magistrates study information given to them Tuesday about the adoption of “Develop Danville” as the external marketing name for the Danville-Boyle County Economic Development Partnership.

The agenda for the meeting in question includes the item “Branding Implementation: Approve ‘Develop Danville’ as external marketing identity as recommended by ChandlerThinks and RKG; name will be registered as an Assumed Name (or DBA) for Partnership; web domain, email will be transitioned to www.developdanville.com.”

“Because (I) had to move the meeting, (McKinney) wasn’t able to make it — is how it played out, OK?” Nelson said. “So my bad. But to say that we ambushed you all, I’m not going to accept.”

Magistrate John Caywood said he heard on May 26 that there was a story in the newspaper about the name change. He called Judge-Executive Harold McKinney, who sits on the EDP board, but McKinney didn’t know anything about it either.

“This is the process that’s bothering me — I’ll be very honest with you,” Caywood said. “Because in my opinion, if the judge didn’t know it, then maybe it shouldn’t have been on the agenda.” 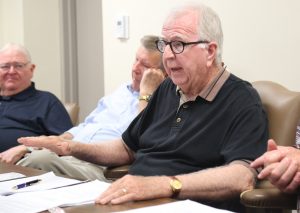 Caywood said he thinks the EDP should be better informing the fiscal court on what it’s doing. Magistrates Hendricks and Phil Sammons expressed similar feelings.

Nelson said he would ensure that agendas for future EDP meetings would be distributed to members of the fiscal court; then CEO Lassiter clarified that the fiscal court members already get the agendas.

“If you’re not reading what we send you … that’s part of the problem,” Nelson said. “I send you all emails; I try to communicate; I’m trying to improve. … But you gotta engage with me — you got to read it. Now this one, I’ll take a hit if you want me to, John.”

“I don’t want you to,” Caywood responded.

“Because the answer is I should have been smarter and let it sit for a month,” Nelson continued, adding that there were “no reservations noted” by anyone in attendance at the meeting.

The EDP representatives later noted that every agency that has a voting seat on the EDP board has the option of appointing an alternate to attend when its primary voting member cannot make it. Sammons is currently appointed as Boyle County’s alternate to sit in when McKinney cannot attend.