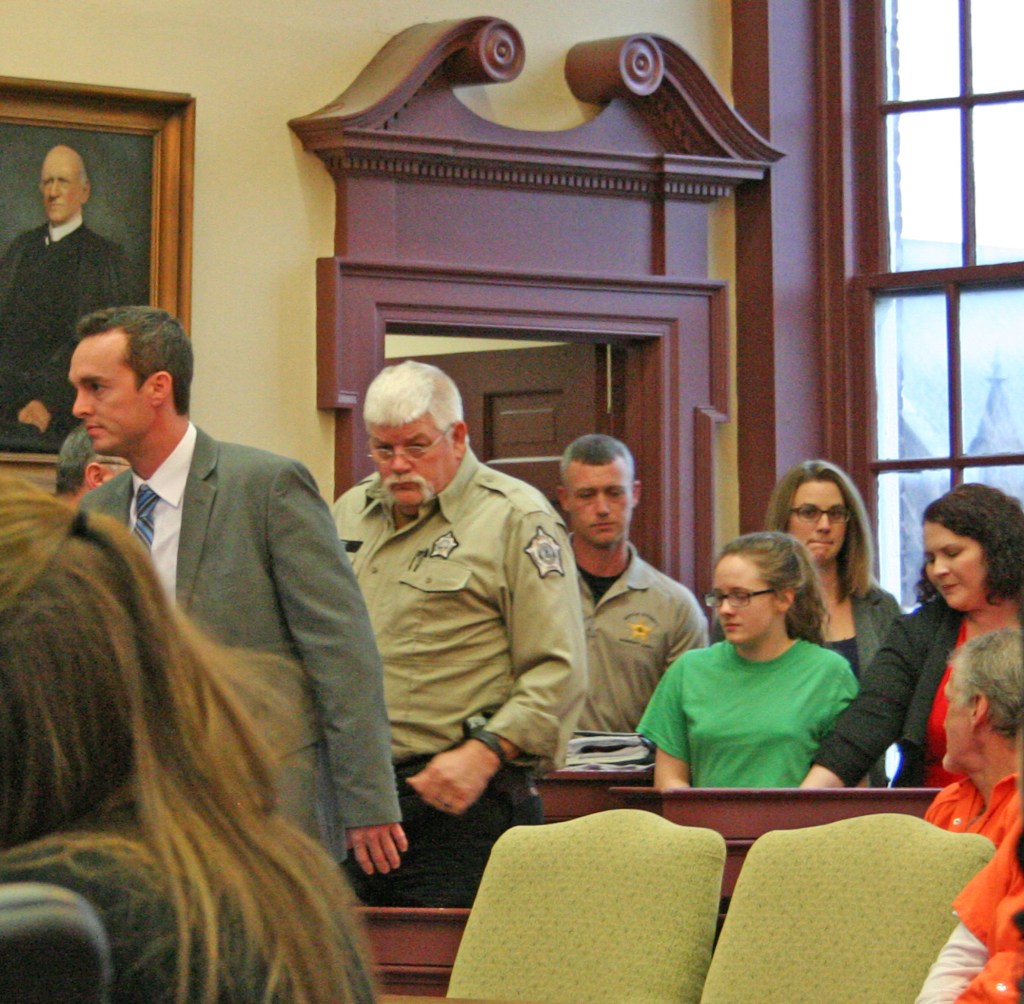 Kendra Peek/kendra.peek@amnews.com Jenna Oakley, in green, is led before Judge Darren Peckler on Tuesday, to be arraigned. It was the teen's first public appearance in court, and she was accompanied by Public Defender Landon Tingle, left, and former Public Defender Stacy Coontz, now in private practice, right, as well as former Boyle County Sheriff's Deputy Jim Gies.

The case against a 15-year-old Boyle County girl accused of murdering her step-mother will likely not go to trial this year, Boyle County Attorney Richie Bottoms said this week.

Jenna Oakley’s lawyer, Landon J. Tingle with the Department of Public Advocacy, appeared in court Tuesday, but Oakley herself was not brought in for the court date. Another hearing in the case was scheduled for 1:30 p.m. Aug. 1.

Oakley is accused of “causing the death of Rhonda Oakley, or that another person did so by acting in complicity with the defendant to commit this crime” on Sept. 1, 2016.

After court was over, Boyle County Attorney Richie Bottoms said his office had received additional evidence this week and that the process was ongoing. The case will proceed through the courts, and he said a trial would likely not happen this year.

Following the death of her step-mother, Jenna Oakley was listed as a missing person, believed to be with her boyfriend, Kenneth Nigh, 20, of Arlington, Indiana. The two were found in the parking lot of a Motel 6 in Tucumcari, New Mexico, on Sept. 3.

Nigh, who was lodged in the Quay County Detention Center near Tucumcari, passed away in a Texas hospital where he had been taken after he was found with what were believed to be self-inflicted wounds.

Oakley was taken into the court system as a juvenile when they were found and was indicted on Oct. 20 by a Boyle County grand jury. She is now being tried as an adult.

Due to her juvenile status, Oakley remains lodged in a juvenile detention facility. 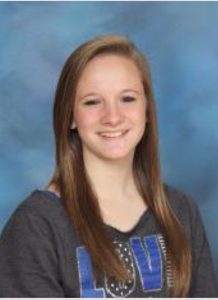