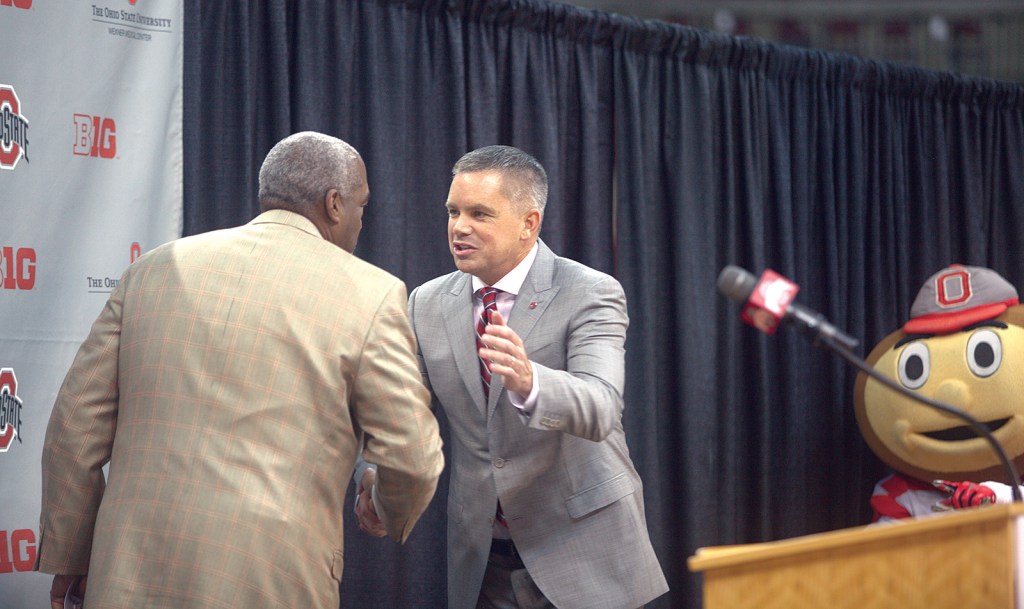 Chris Holtmann admits he doesn’t get back to Nicholasville too often, but that doesn’t mean he discounts what his hometown means to him.

Holtmann was named the new men’s basketball coach at The Ohio State University on June 9 and introduced during a press conference Monday, putting him in charge of one of the premier programs in college basketball.

“Anybody that grows up in that area knows how important college basketball is to that state,” Holtmann said by phone. “I went to high school in Nicholasville and loved it. I still have friends and family back there. I have a great affinity for that place and a great affinity for that region. Nicholasville, Lexington have been my hometowns so to speak. The idea of being able to represent them in hopefully a positive way is exciting.”

Holtmann comes to Ohio State after spending three seasons as the head coach at Butler University in Indiana. He won 70 games at Butler, advancing to the NCAA Tournament each season. He was named the Big East Coach of the Year after the Bulldogs posted a 25-9 record last year, advancing to the Sweet Sixteen.

Holtmann has a 114-85 career head coaching record and a 4-3 mark in the NCAA Tournament. He was introduced as the Buckeyes 14th men’s basketball coach. He signed an eight-year contract worth about $3 million annually.

“When I was talking to (OSU athletic director) Gene Smith about this job, he made it very clear there were some challenges ahead,” Holtmann said. “I understood that and he displayed his confidence in terms of the length of the contract. We’ve got some really good players and we’ve got some experience and some terrific kids. We’re a little thin now, for sure, but it’s exciting to me to be able to work with these guys. We’re going to have some challenges here early on, but I really like this group we have assembled, we’re just a little thinner than we’d like to be.”

After graduating from Jessamine County High School in 1990 — “People say, ‘Did you go to East or did you go to West?’ and I just say, I’m really old,” he said — Holtmann was an All-American guard at Taylor University.

With ties to Kentucky, Indiana and now Ohio, Holtmann plans to mine the talent in the region to fill out future Ohio State rosters.

“It’s one of the things that really attracted me to the job, this state and the region around it has really deep talent, players, teams, programs,” Hotlmann said. “All of that made it a really attractive situation. We’ve got to do a good job covering the state and make sure we are in every gym and making sure we are doing everything we can to communicate how important this area and region is to us moving forward.

“This region and this area has a lot of really good players. We’re going to utilize Ohio and the state that surround it to find the Ohio State guys, that’s going to be the first priority.”

Holtmann replaces Thad Matta, who won 337 games in 13 seasons at OSU. The Buckeyes won a NIT championship and advanced to the NCAA Tournament Final Four under Matta, but they went 17-15 last season.

While Ohio State may be nationally known as a football school, that moniker doesn’t concern Holtmann. Instead, he views it as a positive for the basketball program.

The closest Holtmann and the Buckeyes will get to facing Kentucky next year will be December 23 in New Orleans; Ohio State will face North Carolina in one game of the CBS Sports Classic while UK and UCLA will meet in the other half of the doubleheader.

Holtmann knows he has work to do to bring Ohio State back into the national conversation, on a level with UK and North Carolina. But he also seems to be ready for the challenge.

“Excitement, a lot of stuff going on so I don’t know if I have whole a lot of time to sit around and think about everything going on,” Holtmann said. “We’re excited and ready to get to work and understand the responsibility we have to put a great product on the floor.”