Emma King comes through on dream, commits to Kentucky 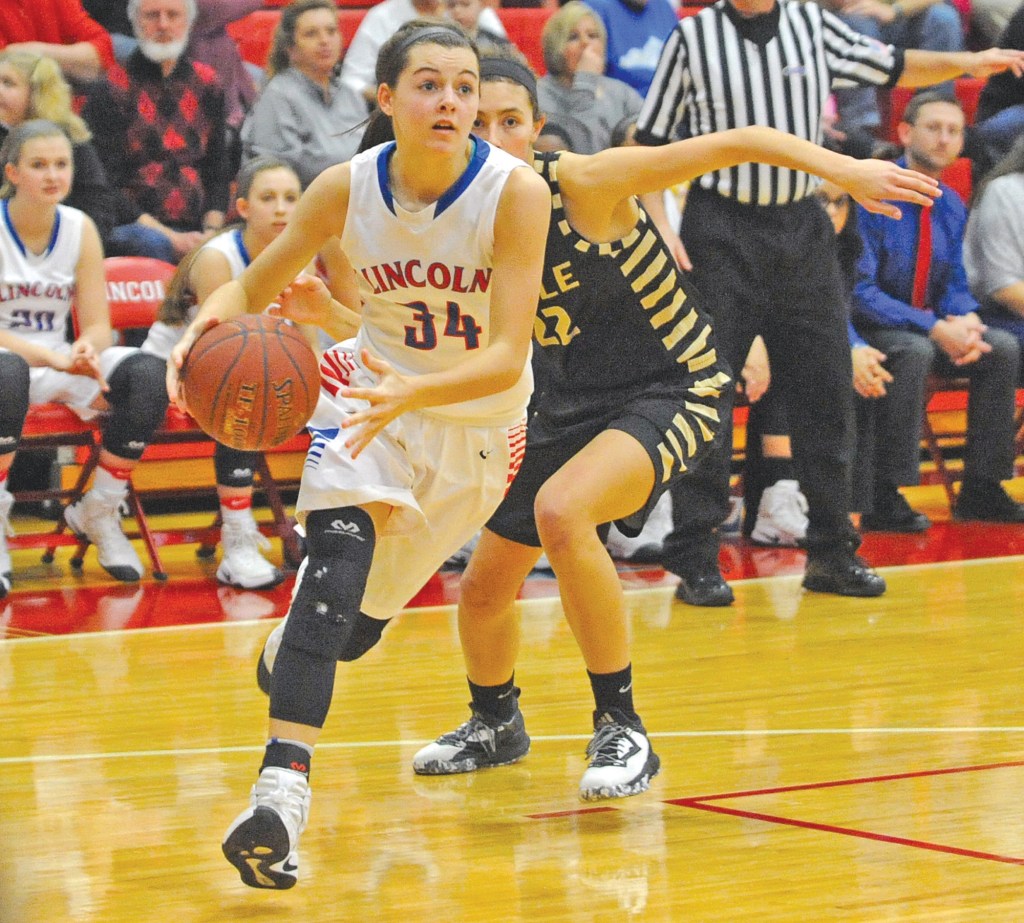 Emma King knew she wanted to play basketball for the University of Kentucky when she was in fifth grade. She laughs now because, as she says, “I wasn’t very good fifth grade. That was a dream.”

Well, King is more than good now and earlier this week, the Lincoln County junior-to-be verbally committed to play for the Wildcats and coach Matthew Mitchell.

“I’m in awe still of all of it because it does, it all seems so surreal,” King said. “It’s crazy, I don’t even know how to put it in words.”

After the decision hit social media, King said she was surprised by the outpouring of support.

King may have only finished her sophomore year for the Patriots, but she already is a member of the program’s 1,000-point club.

Over the last two years, she’s averaging 17.0 points while hitting 78.4 percent of her 320 free throws, and she’s pulling down 5.2 rebounds per game. The Pats have gone 50-16 during that time, with two straight appearances in the 12th Region tournament championship game.

“I’m very humbled that she’s part of our program and it’s awesome for the Lady Pats program to have a UK verbal commit on our team,” McWhorter said. “It only helps her teammates get more exposure and our program to gain exposure across the state. Emma’s such a humble kid, she doesn’t rub it in her teammates’ faces or anything out of the way. She’s a great kid and teammate.

“To me, she’s just Emma King and someday I’ll get to see her play in blue and white and still get to have the relationship I have with her now.”

When her name started popping up on big-time programs’ radars, King admitted only Florida and former coach Amanda Butler held any challenge to UK. And when Butler was fired after 10 seasons in Gainesville, there was no one who could touch the Wildcats.

“I was raised a Kentucky fan, I went to games for all different kinds of sports. We’ve always been big Kentucky people,” King said. “It just felt right. I knew that’s where God was leading me. People always told me, ‘You know when you know,’ and there’s nothing more true than that.

“When (Butler) wasn’t there any longer, that went away and I knew then that’s where I was supposed to be, at Kentucky. … It got to the point where they could be the top program and I loved the coaches and they were the nicest people on the earth, but I just loved Kentucky.”

Making her college decision before her junior season was important to King. With the weight of the decision looming over her before the start of last season, she said stomach problems ailed her as she struggled with the choice and put too much pressure on herself.

Now with the choice made, she’s ready to attack the final two seasons of her high school career.

“It’s not something you want to get out of the way and brush off because it’s a really big decision, but it really does take a big weight off my shoulders,” King said. “I put too much pressure on myself and I got super stressed out. I had the offer from UK and I was talking to other schools. I put so much pressure on myself and I was trying to do too much.

“It takes a whole weight off my shoulders. I’ve been playing better now that I’ve gotten it out of the way and know what I’m doing. I love not having the pressure.”

McWhorter had a similar decision to make during her playing days at Lincoln, picking Austin Peay. She has sat down for many conversations with King to help her player through the decision-making process.

“I just tried to offer guidance and things people had told me during the recruiting process,” McWhorter said.

Some of McWhorter’s advice included looking beyond the coaching staff and the team to the academic side of the schools as well.

“We were able to have a lot of discussions along the way,” McWhorter said. “Hopefully I was able to help her with some of my experience.”