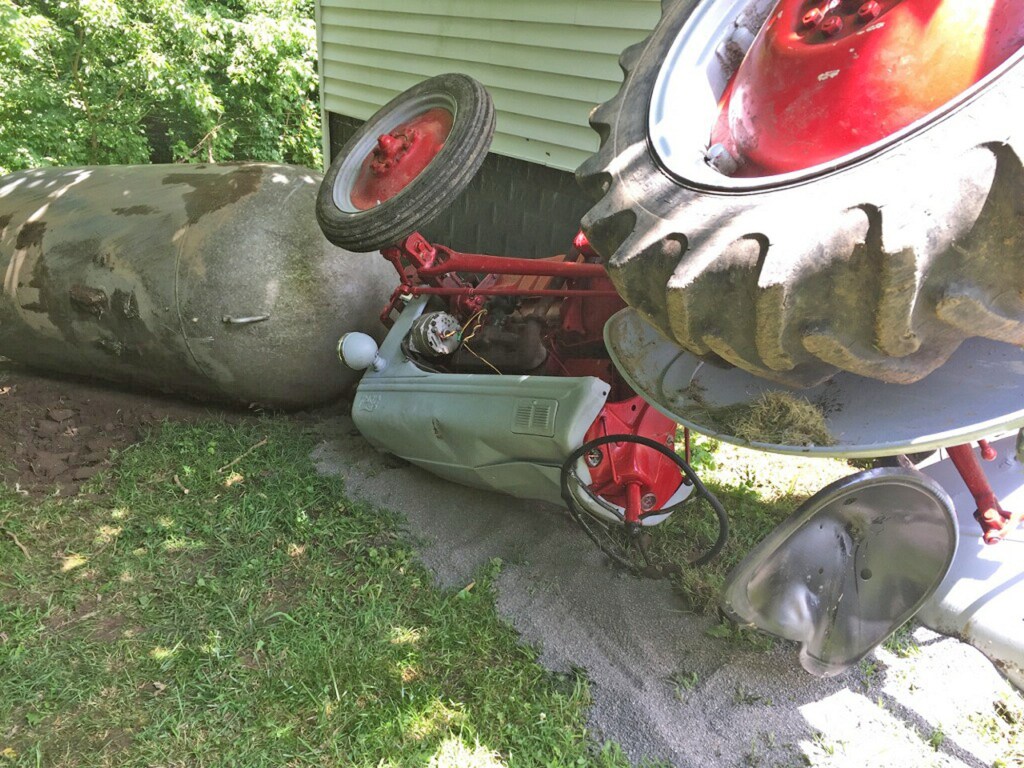 Photo courtesy of Mike Wilder, Boyle County Emergency Management Director A tractor turned over on a man Friday afternoon in Boyle County, after he attempted to use it to move an empty propane tank.

A Boyle County man was sent to the hospital with “significant injuries” after a tractor overturned on him about 1:50 p.m. Friday, according to Mike Wilder, director of Boyle County Emergency Management.

The man, Billy Cornelius, 68, was at his home on Lee Road, near the Mitchellsburg community. He was attempting to relocate an empty propane tank away from his house.

Wilder said he thought there was water in the tank.

The tank caused the tractor to flip over. The Boyle County Fire Department was able to lift the tractor off of the man, Wilder said.

Cornelius was flown to the University of Kentucky Hospital. Wilder said he had significant injuries, but was conscious before he was taken from the scene. As of press time Sunday, Cornelius was still listed in serious condition, according to UK hospital’s press department.