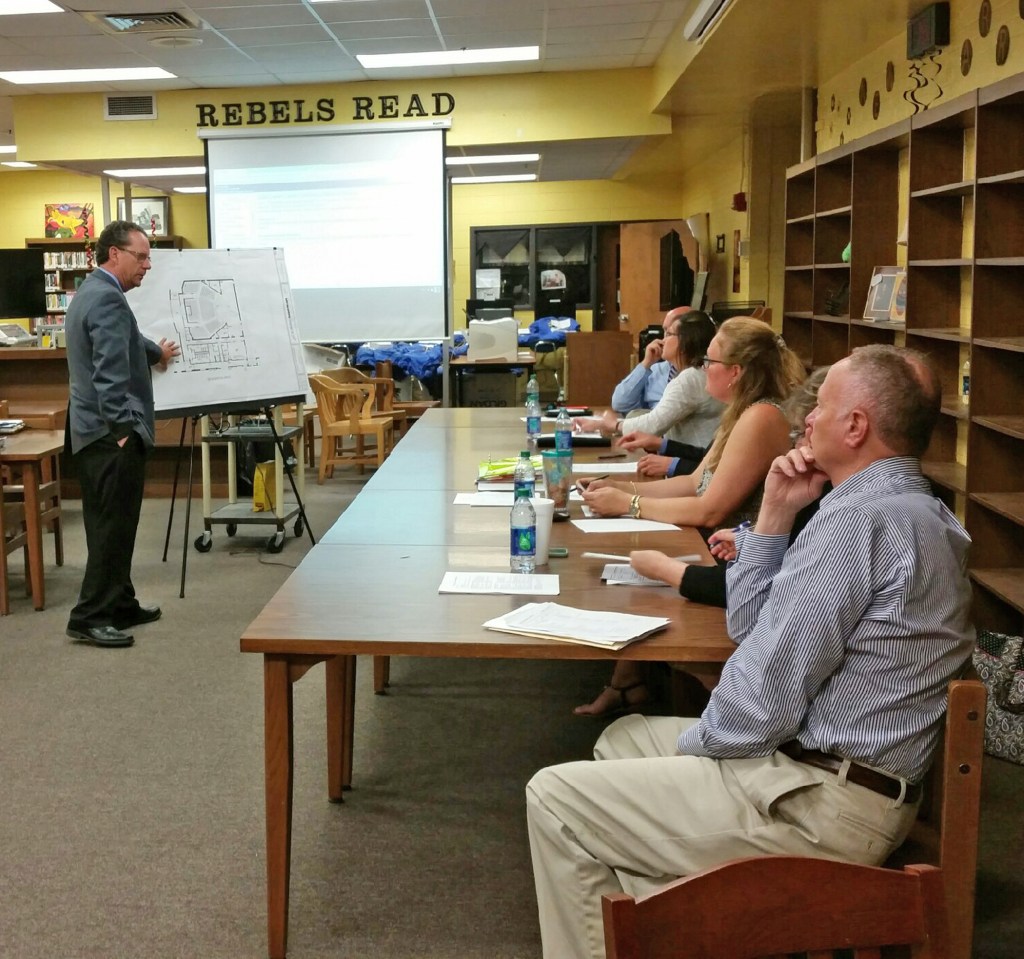 The cost of the new Boyle County Middle School is expected to be around $32.4 million, according to forms required to be turned in to the Kentucky Department of Education (KDE). That’s about $3.6 million more than was estimated at a school board meeting in May.

The Boyle County Board of Education continued conversations with Tony Thomas, architect from Clotfelter-Samokar, on the project during Thursday’s meeting, including updates on the auditorium seating and more.

The new middle school includes an auditorium, which had been discussed as being a separate project, but has been officially approved by the state to be part of the same project. The size of the auditorium was initially a concern; the KDE has restrictions on how big a middle school can be built.

For a school the size of Boyle’s, the state allows for a 101,000-square-foot facility. But the district is also allowed to build a facility up to 20 percent larger than that, meaning Boyle can’t go bigger than about 121,000 square feet, Superintendent Mike LaFavers explained later.

In addition to modifying the BG-1 form for the project (financial forms required through the KDE in order to get a construction project approved), another form required by the state, the BG-2, had to be changed regarding the language used to refer to the auditorium, but is otherwise the same, Thomas said.

The planned building is to be highly energy efficient, he said.

There are other things on the form, such as types of tile, which can be adjusted later if necessary.

A final form, the BG-3, shows the cost of each stage, such as the site development, the electrical work and special inspections, among others.

The theater is now at 15,000 square feet with 500 seats, a change the board had talked about at the previous working session.

One thing that hasn’t been set into the plan is the fly loft, currently listed as an alternate — meaning it could potentially be added to the plan.

Overall, Thomas said, they are continuing with the plans as they have been discussed, but there are simply more approvals to submit to the state.

The forms were approved by the board to be resubmitted to the state.