These awards provide between $500 and $2,000 annually for up to four years of undergraduate study at the institution financing the scholarship. An additional group of scholars will be announced in July, bringing the total number of college-sponsored Merit Scholarship recipients in the 2017 competition to approximately 4,000.

The 2017 recipient of the Keisha Tillman Kirkland Memorial Scholarship is Ellison Stanfield. He plans to pursue a degree in business administration at Indiana University Southeast. The award was presented to Stanfield at the Danville High School graduation ceremony on May 25. 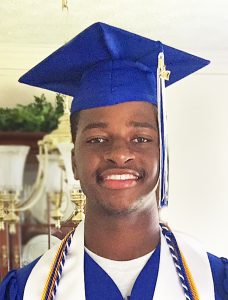 The following Western Kentucky University students from this area were named to the president’s and dean’s lists for the spring 2017 semester. 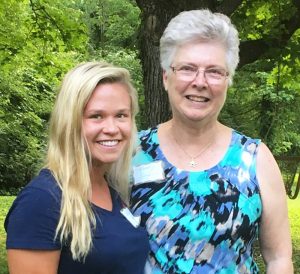 Elizabeth Lyons, a 2017 Boyle County graduate, has been selected to receive a STAR Scholarship from the Philanthropic Educational Organization (PEO).

Linda Barnard, STAR Scholarship Chair, presented the scholarship to Lyons at the BCHS Awards Night in May.  Lyons received a $2,500 scholarship from PEO International and another $500 from PEO Chapter I at its annual picnic on June 12.

PEO is a philanthropic organization where women celebrate the advancement of women; educate women through scholarships, grants, awards and loans; and have stewardship of Cottey College. It strives to motivate women to achieve their highest aspirations. PEO International will celebrate its 150th Anniversary in 2019.

PEO STAR Scholarships is a competitive, one-time scholarship given to a graduating high-school senior for use at an accredited college or university.

On April 17, PEO Chapter I held its monthly meeting at Bunny Scutchfield’s home in Danville. Officers for the coming year were installed by Shelia Blandford as follows:

Kathy Simpson and Jane Boyd were delegates to the 2017 PEO Kentucky State Convention in Louisville in May.

On June 1, Chapter I held its Annual PEO Chautauqua Tea in conjunction with the Great American Brass Band Festival. There were 150 in attendance at the Tea at Centenary Church on Perryville Road, with Don Domek and the Chicago Footwarmers Band as entertainment. Funds raised at the tea will go toward Chapter I’s annual donations to PEO International Scholarships and Cottey College. 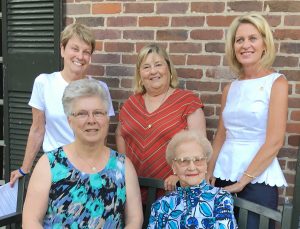