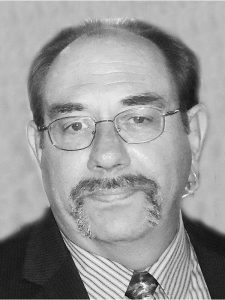 He was a former firefighter, dispatcher and water department employee for the city of Danville for thirty years. He enjoyed outdoor activities, construction and poker and was a mixed martial arts competitor.

Nick was a member of the Harrodsburg United Presbyterian Church where he served on the Property Committee. He was also a U.S. Navy Veteran and member of the Red Knights Firefighters Motorcycle Club.

Funeral services 12 PM, June 24, 2017, at the Harrodsburg United Presbyterian Church. Visitation will be 5-8 PM Friday at Ransdell Funeral Chapel, and at the church after 9 AM Saturday.

Expressions of sympathy may be sent to the family at www.randsdellfuneralchapel.com.