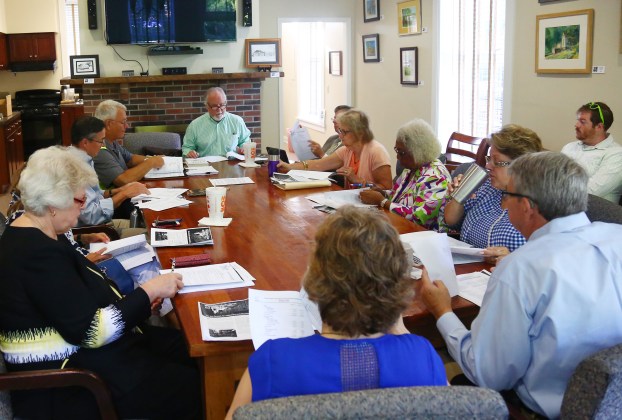 A new chief operating officer would be hired at the Economic Development Partnership under the newest version of the agency’s proposed budget. But approval of that budget was tabled Wednesday amidst questions about the cost of health insurance for the new position.

Officials said a budget needs to be approved before July 1, the start of the new fiscal year; they plan to hold a special called session of the EDP before then to finalize the budget.

EDP Chair Ben Nelson told board members adding the COO position is a priority in order for the EDP to accomplish its economic goals. But he has instructed EDP President and CEO Jody Lassiter to hold off on recruiting for the position until the board has given its OK to the budget.

The proposed budget — called “Version 6A” — includes up to $75,000 in salary for the COO position, as well as $6,450 for travel expenses, retirement contributions and mobile phone reimbursements.

The revenue side of Version 6A has only one major change from the EDP’s earlier “continuation budget:” It anticipates receiving an extra $40,000 from the City of Danville. That funding from Danville is promised in its proposed budget as a “matching grant,” meaning the EDP would need to receive new funding from other entities as well in order to receive it.

In all the budget anticipates $105,000 in revenue that the EDP did not have or spend this year. Besides Danville’s matching grant, the additional funding is:

• $35,000 from the Boyle County Industrial Foundation to help cover the cost of a new hire; and

• $30,000 in new “Chairman’s Circle” donations, which must be solicited from area businesses.

The Industrial Foundation had promised the additional $35,000 this fiscal year “to help us step up our marketing,” Nelson said. The EDP initially planned to use that funding to hire a “project manager,” but then held off in order to see what the recommendations were from the strategic plan consultant.

That plan changed with input from the consultant — to the plan to hire what officials called a “seasoned economic development professional” position, rather than an “entry-level” project manager.

Nelson said he still has to find out from the city what exactly will count toward its $40,000 matching grant. He suggested as possible matches the Industrial Foundation’s $35,000 and the plan to raise an additional $30,000 from private donors.

“The $35,000 will not fly with the commission as a plus-up,” Danville Mayor Mike Perros said.

“We haven’t spent it,” Albright said.

The COO would be “involved in fundraising, getting out there and working private donors,” Nelson said.

“And we lessened the language about coordinating and building teamwork amongst the partners as we head toward a less tightly packaged partnership,” he added.

The strategic plan set to be released this month calls for the EDP to reorganize its board of directors, reducing the role of four member agencies — the Convention and Visitors Bureau, the Chamber of Commerce, the Heart of Danville and Main Street Perryville — by making their seats non-voting.

Nelson said the COO position would be hired by Lassiter, not the EDP board.

“We hire and fire Jody Lassiter. If you approve this budget, you are authorizing Jody to make a hire,” he said. “While I appreciate the amount of dialogue on the role, this is the role Jody believes he needs.”

• developing private investors in the EDP;

• assisting with business recruitment and expansion;

At-large EDP board member Kathy Miles said she is concerned about “the lack of emphasis on workforce development.”

“It seems unclear on how much this person is going to do on that,” she said, noting that the plan is for the Chamber of Commerce to shift responsibility for workforce development to the EDP. “… This looks like it’s just barely going to be addressed and this person’s got a lot of job duties.”

“There’s a lot of devil in the details as to how that transition is going to occur,” he said. “What I think we would all agree to is we need to step workforce development up, not lose the traction we have, and we’re at risk of doing that if we fumble the ball.”

Nelson said $14,500 had been budgeted previously for workforce development projects, including a regional job fair. That’s been cut from Version 6A.

Compared to “Version 5” of the budget, which The Advocate-Messenger acquired a copy of on April 20, the EDP also plans to spend substantially less on marketing.

Version 5 planned for more than $100,000 in “business development,” including travel and sponsorships for business recruitment and retention; a wage and benefit survey; a site selection consultant familiarization tour; an entrepreneurial development program; “business retention lunch meetings/events;” and data subscriptions. In Version 6A, a total of about $48,000 is budgeted in the same areas, with the site selection tour, entrepreneurial development program and business retention lunches being eliminated completely.

Nelson said as of July 1, when the CVB ends its contract for communications with the EDP, those duties will fall back on Lassiter.

When it was time to vote on the proposed budget, the board ultimately decided to table it due to the omission of any cost for the COO position’s health insurance.

Board members also asked about the inclusion of Danville’s $40,000 matching grant, when it’s not guaranteed the EDP will receive it.

“I am of the mind that we as a board should pursue all revenue as aggressively as we can, and even if it’s put out there as a match, then if I have to go through a community-wide dollar-for-dollar match the city campaign to get there, then I’ll do that,” Nelson said. “My intent would be I have some risk in my revenue … I’m willing to be a betting man and try to do that to get into the game, because I think this has been about us stepping up.”

Board members couldn’t decide if there was an appropriate number at which to estimate the COO health insurance premiums.

Boyle County Judge-Executive Harold McKinney said it’s possible, if recruiting the COO position takes several months, that those months of not paying a salary would cover the cost of the health benefits in the first year. But having an “open expense” in the budget is a problem.

Nelson said the salary and benefits are all projections — the actual amounts won’t be determined until a candidate is hired.

“If we’re a private business, I’m OK with that. Public dollars is a little bit different,” McKinney said. “… I just think you’ve got to be real careful because I’m not going to be able to explain to people how we passed a budget that didn’t account for insurance — that’s just not something I’ll be able to explain to them.”

Perros later said he thinks the “only reasonable answer” is to have a special called meeting. McKinney agreed.

“You can’t pass a budget when you haven’t accounted for all your expenses,” McKinney said. “You just can’t do that.”

Perros motioned to defer discussion of the budget until a special called meeting, to be held before the end of the fiscal year; Miles seconded. The vote was not unanimous — Vice Chair Terry Gilbert cast a vote against.

“I just think we need to move on it and get it done,” Gilbert said. “But that’s just one vote.”

Study in fun About 600 students turned out for the Black and Gold Academy, held at Boyle County High School,... read more