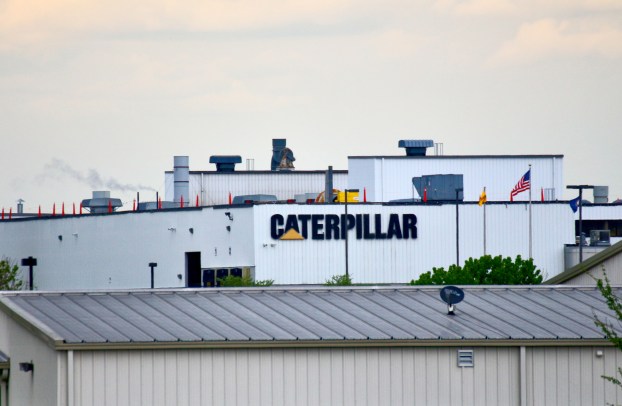 Ben Kleppinger/ben.kleppinger@amnews.om An announcement about Caterpillar’s Danville facility is expected to be made next week, after approvals are made by the Kentucky Economic Development Finance Authority.

A company is purchasing the Caterpillar plant in the Boyle County Industrial Park, and the public may find out what is going to happen next week.

Lassiter, the president and CEO of the Danville-Boyle County Economic Development Partnership, said he expects an announcement about the factory to be made by Gov. Matt Bevin’s office on either June 29 or 30.

Lassiter said the announcement will be the culmination of a deal he referenced in passing at an April Boyle County Fiscal Court meeting.

“Right now, our leading product is the Caterpillar facility, which — more to share later, but we’re about to close a deal on that,” Lassiter said during the April 11 meeting.

Lassiter said Thursday the project will be publicly announced after approvals are completed by the Kentucky Economic Development Finance Authority next week.

“Ultimately, that is coming to fruition and there will be a public communication about that on either the 29th or the 30th (of June),” he said.

The news came to light thanks to the EDP’s new “project funnel report,” which it issued publicly for the first time Wednesday. The report documents 59 economic development projects the EDP is involved in that are either underway, recently completed or recently lost to “attrition.”

One project on the list, identified by the alias “Project Zeta,” is labeled as an industrial project that would have been an expansion of an existing business leading to “100+” new jobs. But it’s also labeled as lost to attrition because “Caterpillar facility no longer available due to purchase contract from another company.”

Lassiter said in April that at least five prospective industries had inquired about the facility after it came on the market.

Caterpillar first announced plans to close its Danville plant in November 2015, eliminating about 75 local jobs. In April, the company was expected to occupy the building until the end of July.