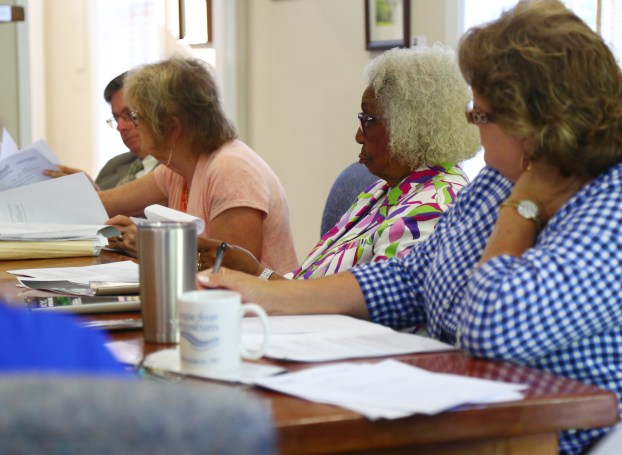 The Danville-Boyle County Economic Development Partnership could consider changes to its bylaws that would restructure the agency’s board as soon as July.

Amending the bylaws is likely the easiest way for the EDP board to “deconstruct itself” and create a new board, based on recommendations in the agency’s forthcoming strategic plan, EDP Chair Ben Nelson told board members this week.

Mark Morgan, a local attorney who represents the Convention and Visitors Bureau on the EDP board, agreed.

“We recognize that some of us are going to be voting to give up our voting rights and some of us who are officers would be giving up our officer duties and responsibilities and other people would assume those,” Morgan said. “We recognize all that, but we have the power to do it. And the only way to do it, is for us to do it, and we have to do a bylaw change.”

The recommendations expected to be released this month in the strategic plan call for a new board of directors, with increased representation from Danville and Boyle County governments and no voting seats for four agencies that currently vote on the board — the CVB, the Chamber of Commerce, the Heart of Danville and Main Street Perryville. The recommendation also proposes doing away with a ban on public representatives serving as officers.

Morgan said if the EDP chooses to follow that recommendation, the best way is to vote for bylaw changes that would take effect on a specific date. On that day, the change would be “a blink; it is a metamorphosis,” he said.

Nelson said the most common reaction he’s had to the strategic plan recommendation is “holy moly, Batman — this is a mighty big board.”

The strategic plan proposes a board with up to 20 voting members, as well as a handful of non-voting members:

• six seats would be appointed by the Boyle County Industrial Foundation;

• three appointed by the City of Danville;

• three at-large members of the business community elected by the board;

• one appointed by Junction City;

• and one appointed by the City of Perryville.

The Junction City and Perryville voting seats would potentially only be filled if those cities begin contributing financially to the EDP — something officials have termed “pay to play.” The four agencies that would lose their votes under the change would retain non-voting members on the board.

“I have taken the position publicly and you can quote me on this — is if that’s what it takes for us to get to a better governance structure, to tolerate a larger board than usual, to get us to play better together, then let’s do it,” Nelson said. “But if we can scale back the number of bodies, then the people that are worried about how large and cumbersome that board would be might feel better.”

Nelson said he has talked with the executive officers of the Industrial Foundation, who agreed it could reduce its seats to four — if the city and county agreed to reduce their seats to two apiece.

That change would reduce the number of voting seats to 14, the same number as the current board.

“They felt like in terms of trying to address the cumbersome(ness) of the board, that would be something they would willingly advocate,” Nelson said. “… I think that’s something we ought to think about. But again, I’m interested in maintaining that private-public balance and making sure that the public partners feel like there’s more parity and equity in the conversation.”

Nelson said he expected EDP board members to have proposed bylaws this week, so they could “reflect on” them before the EDP’s next regular board meeting, planned for July 19.

Students taking general education classes this fall at the Harrodsburg campus of Campbellsville University will receive free books and are... read more