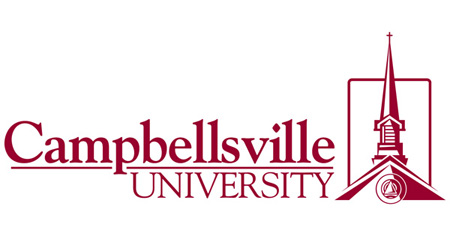 Students taking general education classes this fall at the Harrodsburg campus of Campbellsville University will receive free books and are eligible for free transportation to campus from within Boyle and Mercer counties.

“What we’re working to do is eliminate the barriers that students deal with, which hinder their ability to be successful,” said Wes Carter, regional director of development and church outreach at Campbellsville University. “It is a pilot study to see how it goes. Our plans are to institute it for all classes, for all students, upon completion of the study.”

He said the program will begin in the fall term, which is scheduled to start the last week of August, and go through the spring term. More than 20 general education classes are offered in the fall.

“We think that will impact around 200 students at the Harrodsburg campus. It should save these students, collectively, over $500,000,” he said.

The pilot program will also be enacted at the school’s Somerset and Louisville campuses. Carter said they hope to expand the program to include the main campus.

The idea is based on a study conducted in the New York Community College system.

He said they hope to achieve a similar effect with Campbellsville students, who have shared that transportation concerns and textbook costs are their biggest struggles.

“Students have reported that rising textbook prices and transportation are the two biggest barriers that they face to starting school and staying in school. One student literally described it as she had a choice of spending $500 on textbooks or go to the grocery store,” Carter said.

This results in some students trying to take classes without the textbooks. That, he said, is setting students up to fail.

“We want to be on the cutting edge of eliminating the barriers … If you think about it, how can we expect them to pay $300-500 every semester on top of tuition? It’s pretty unreasonable to try to expect that,” Carter said.

The semesters at the Harrodsburg campus are on eight-week cycles, which might force students to buy more books than they would ordinarily be expected to buy in a school year, he added.

Around 80 percent of students who attend the Harrodsburg campus come from Boyle and Mercer counties, which is why students in those counties can automatically qualify for free transportation. Any students beyond those counties who needs a ride will be taken on a case-by-case basis.

As of right now, the school is working out how to best provide the rides; Carter said they are thinking of providing the transportation on certain days of the week, and encouraging students who need the rides to campus to schedule their classes those days.

Currently, he said, they are working to raise funds to cover the costs, but tuition will not increase.

“We are not adding costs to students. We’re prepared to absorb it regardless, but we’re trying to raise the money,” Carter said. “We’re also praying for a 15-passenger van, whether we have to buy it or if we can find one to be donated, to handle the transportation.”

The Boyle County Public Library was standing room only Friday morning for a visit from an African penguin. Paula, a... read more