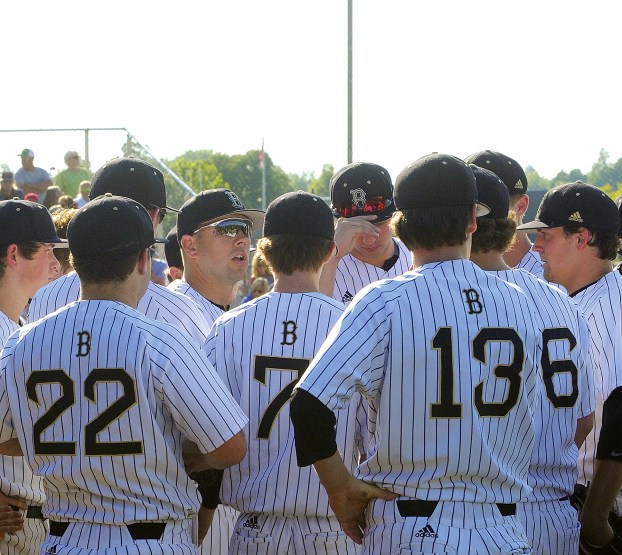 Coach of the Year: Wynn caps exciting spring with award

Coaches and players across the state can compare the stress levels of their seasons, but few can approach what Kyle Wynn did this year.

On the field, Wynn led Boyle County back to the 12th Region title for the first time in a dozen years. He helped five players land on The Advocate-Messenger All-Area first team, including Pitcher of the Year Sam Tiller.

His leadership of the program led to him being named the All-Area Coach of the Year.

Off the field, Wynn and his wife welcomed their first child to the world during the season. As anyone who’s been a new parent knows, that alone will stretch you to the max.

“A couple of nights I was able to get more than four hours of sleep but not many,” Wynn said. “It was an awesome experience and I am truly blessed to be able to start a family with the birth of my first child during the last week of the regular season and then win region and on to the state tournament. We preach ‘family’ with our players and it was truly a family atmosphere this year. The genuine caring by our players and parents for our newborn boy and my wife to my assistant coaches and the players stepping up while I missed a week from the team meant the world to me. This was a season I’ll never forget.”

The Rebels came out of the gates on fire this season, winning their first six games by a combined score of 68-17. They didn’t cool off much during the season, losing back-to-back games only three times.

“Our boys had an unbelievable run this year and put Boyle County back at the top in the 12th region and got a chance to play at Whitaker Bank (Ballpark) in the state tournament,” Wynn said. “They did things that haven’t been done in over a decade and something to truly be proud of.”

It’s those players who really won this award, according to Wynn.

“Winning this award means our players had a great season and I’m happy for them,” he said. “Players win coach of the year honors plain and simple. I’m very humbled for the award but even more I’m proud of the season we accomplished and the run our boys made this year.”

There’s no plans on stopping the run of success any time soon. The junior varsity team had another successful season, and the middle school team won its second straight Salt River Conference championship.

With players like that coming up, Wynn himself could be in line for a few more Coach of the Year awards.

“The first step is always getting over that first hurdle and then on to the next. We took that step in my second year winning district and ending Danville’s streak,” Wynn said. “Then winning back-to-back district titles this year and our first region title since 2005. Now our hurdle is sustaining for years to come.

“Our staff and players have worked hard to build the program from the ground up for continued success, from the youth teams to the middle school and then at the high school. That has been instrumental in our success and will be for the future.”

Pitcher of the Year: Tiller shines in busy year