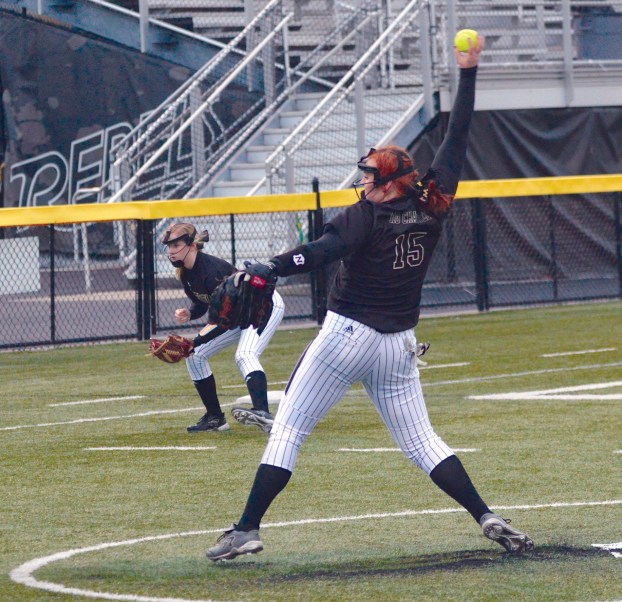 Pitcher of the Year: Chadwell dominates in second season

According to a vote among area softball coaches, Katy Grace Chadwell is already the best pitcher in the area. She was named The Advocate-Messenger All-Area Pitcher of the Year in a vote by the coaches.

And she only recently completed her sophomore year at Boyle County.

Chadwell was quick to credit those around her for helping with her successful season.

“It’s a huge honor to win this award there’s a lot of talent in our area and I feel grateful that I was chosen,” Chadwell said. “From the beginning of the year to now having, coach (Jessica) Speake work with me really helped to perfect some of my pitches. It also helps having Mattie Robbins behind the plate also for when she calls time to talk to me during the game.”

She also excelled at the plate, hitting .348 with 30 RBI and four home runs.

“It’s constant work throughout the season, working with my coaches each practice on the little things,” Chadwell said.

The Rebels won their sixth straight 45th District tournament title before claiming the 12th Region championship as well. Chadwell went to a different level in the district and region tournaments, allowing four earned runs in 31 innings for a 0.90 ERA. She allowed 13 hits and nine walks while striking out 19.

“For the team to get where it did I think it was a whole team effort and everyone’s work that they put in,” Chadwell said. “We’re one group and working as a family really helped to get us there.”

But in the state tournament, the Rebels lost two of three games and came home earlier than they would have liked. But Chadwell had two more years to improve upon that — and she’s counting on it.

“Falling short does help to motivate me,” she said. “Now that we’ve been to state and knowing what it takes to get to the next level, I’ll know how hard I need to work on the offseason.”

Coach of the Year: Tharp leads Titans to historic season

Early on this season, Mercer County softball was struggling to find a lineup and couldn’t string any wins together. All... read more