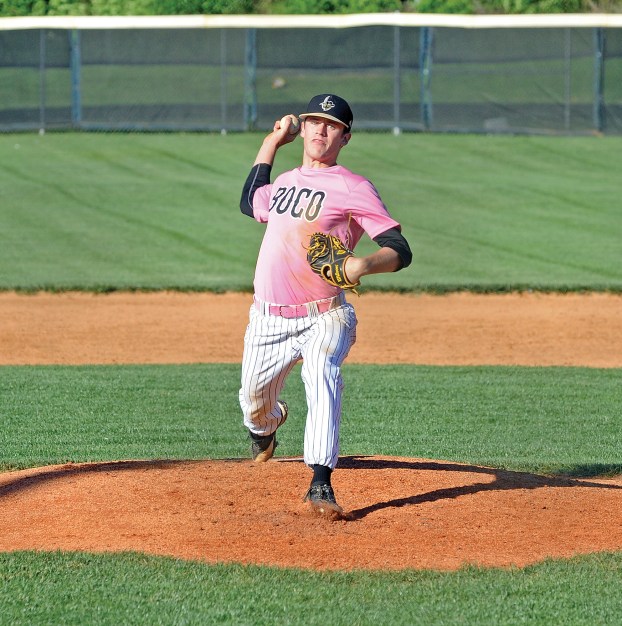 Pitcher of the Year: Tiller shines in busy year

Sam Tiller admits it was a pretty busy year for him. The Boyle County junior inherited two large roles — starting quarterback for the Rebels football team and ace pitcher for the baseball team.

While he excelled in both, Tiller shined brightest on the mound. His performance for the Rebels led to him winning The Advocate-Messenger All-Area Pitcher of the Year award.

“This award means a lot, there are a lot of great pitchers in our area, and to say I had the best season is a big honor,” he said. “It kind of validates all the work our team did this season.”

Tiller was a driving force in helping the Rebels win the region title for the first time in a dozen seasons. But he views the award as one for his entire team and not just him.

“This is a team sport and I couldn’t have done it without those guys,” Tiller said. “They are the ones that scored the runs, and played the (defense). This is also their award. This just showed our ability to go out and win games day in and day out, and play as a family.”

In his first year as starting quarterback for the football team, he threw for 1,741 yards and 19 touchdowns. But his experience on the football field and the offseason workouts helped lead him to success on the diamond.

“I’m not going to say I was surprised because you gain confidence from all your offseason workouts and become used to and comfortable with what you’re doing from practicing,” he said. “I just try to go out and compete and give it my all when I’m on the field, that’s what you prepare for. So I had confidence in that. But it’s hard not to be confident when you’re on the mound when you have a group of guys behind you like I did.”

The Rebels fell to Knox Central in the first round of the KHSAA baseball state tournament, and Tiller said that experience has left him and his teammates hungry for more.

“There is always room to improve, and that’s what I and our team want to do this offseason,” he said. “Even as great as our season went we want more. There is kind of a target on your back after getting an award like this. So I really have to work hard this offseason to have another great year.”

Player of the Year: Hazelwood grows in potential

By his own words, Mason Hazelwood entered high school as a “tall lanky kid who was really uncoordinated.” Four years... read more