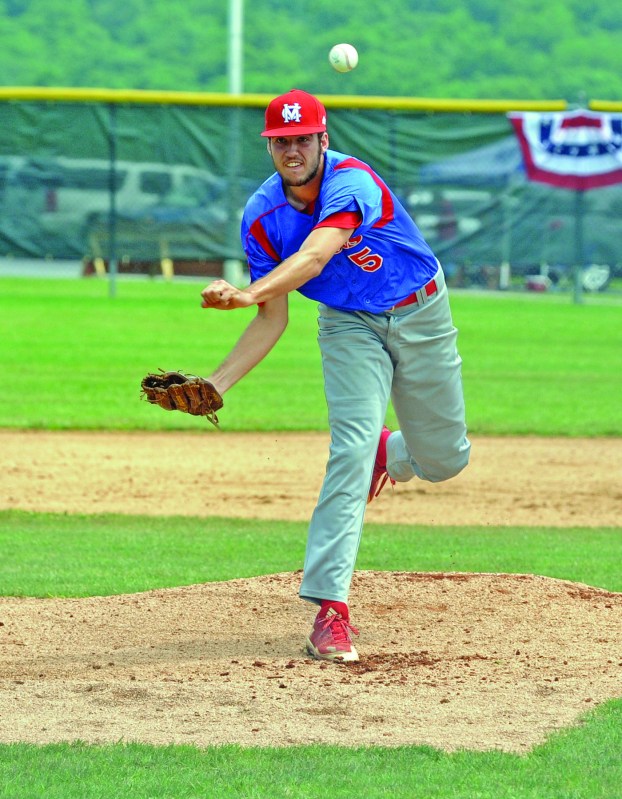 Player of the Year: Hazelwood grows in potential

By his own words, Mason Hazelwood entered high school as a “tall lanky kid who was really uncoordinated.”

Four years later, Hazelwood is leaving Mercer County as The Advocate-Messenger All-Area Player of the Year. The 6-foot-5 left hander was given the award after a vote among area coaches and media.

“When I started playing freshman year, I knew that I wasn’t that good overall so it had never crossed my mind about winning an award like this,” he said. “As the years progressed, I became more and more comfortable with my body and then started to use all of it to my advantage.”

Pitching was only half the story for Hazelwood, though. He hit .333 in 99 at bats, striking out 13 times in 118 plate appearances. He led Mercer with 35 RBI and was third with 20 runs. He also hit a team-high five home runs along with five doubles and a triple.

Being recognized for his all-around game meant more to Hazelwood than just focusing on one aspect of his play.

“It shows to me that the hard work paid off,” he said. “Throughout senior year knowing that this would most likely be my last year I’m allowed to bat, I decided to make the best out of every at bat and hope for the best.

“(Player of the Year) wasn’t only a title that I have now but throughout the year; knowing that I was in the running for this award, it pushed me that much harder to do the best that I could do.”

Hazelwood, who has signed to play at the University of Kentucky, helped lead the Titans to a 15-15-1 record and a spot in the 12th Region tournament.

Region champion Boyle County leads the list with four selections to the first team. Ty Dragan, Cameron Walker, Hunter Mason and Sam Tiller all were voted onto the list.

Danville teammates Brian Baxa and Ellison Stanfield represent the Admirals on the the first team list. Stanfield hit .429 with six home runs and 10 doubles while driving in 43 runs. He was 29-for-29 on stolen bases.

Garrard County’s Brandon Pingleton was voted onto the first team as well. He hit .464 with 16 RBI, and he boasted a 1.106 on-base percentage.

Lincoln County’s Noah Horton and Luke Smith appear on the first team. Smith hit .320 with 16 doubles and three home runs. He drove in 27 runs and scored 32.

Boyle County coach Kyle Wynn was named the Coach of the Year after leading the Rebels to the region championship.

Will Bramel called his journey through college recruiting “crazy and exciting.” Now that journey is over. Bramel announced his choice... read more