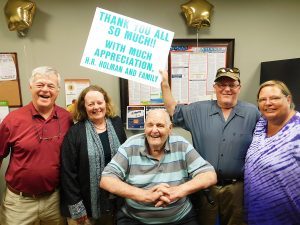 May 19 — A girl, Olivia Faye Lawson, to Danielle Lawson of Lancaster.

June 5 — A girl, Ellie Rey Robinson, to Andrew and Stephanie Robinson of Stanford. A boy, Landon Tristan Stayer, to Jean Watkins and Leslie Stayer of Danville.

June 21 — A girl, Bailey Elaine Croucher, to Jessica Blacketer and Charles Croucher of Harrodsburg. A girl, Elise Wolfe Gutenson, to Nikki and Alex Gutenson of Stanford.

June 23 — A girl, Autumn Ann Smith, to Rebecca and Chris Smith of Harrodsburg. A boy, Gavin Davis Cochran, to Sara Helm and Derek Cochran of Stanford.

An identical IFAL conference was also held June 11-15 at Murray State University for an additional 44 students.

IFAL is designed to expose high school students to college life while helping them explore the different fields of study for careers in agriculture. During the week, attendees gained a better understanding of the nature and needs of the agriculture industry, saw how basic and applied science is utilized in agriculture and learned of the political process used to develop agricultural policy. 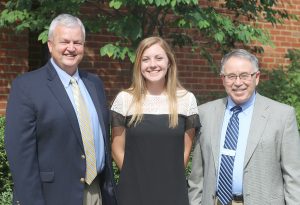 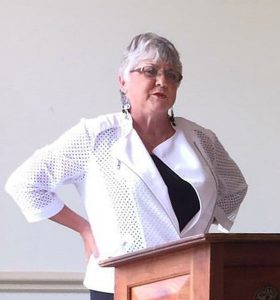 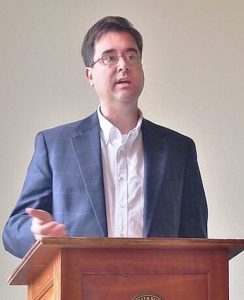 From the May 25th meeting: The History Advocate for the Kentucky Historical Society, Stuart Sanders discussed the 225th Anniversary of Kentucky’s Statehood at our final meeting of May. 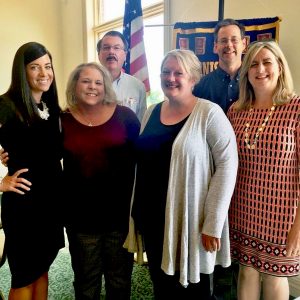 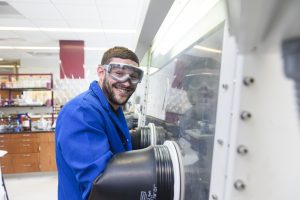 Photo submitted
Joseph Burke of Danville is participating in the summer Research Experiences for Undergraduates Program in Chemistry at The University of Alabama. The program is funded by the National Science Foundation. His research is focused on “new palladium catalysts for bond-forming reactions” under the direction of Professor Kevin Shaughnessy. Burke is a student at the University of the Cumberlands. 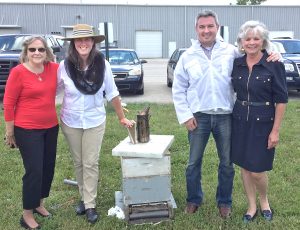 Things were a-buzz in Frankfort on Monday, June 19.  Linda Porter, left, Kentucky State Apiarist Tammy Horn Potter, Ky. Agriculture Commissioner Ryan Quarles, and Joanna Kirby celebrated Governor Matt Bevin”s proclamation of June 19- 23 as Kentucky Pollinator Week. Linda and Joanna are members of the Garden Club of Danville and serve on the Steering Committee to develop and implement a new Kentucky Pollinator Protection Plan, which was also unveiled on June 19. The plan urges all Kentuckians to protect and provide habitat for pollinators. At least 75 percent of all plants, including food crops, depend on pollinators like insects, birds, and fruit bats for successful seed production. 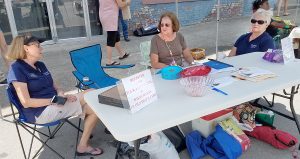 The Heritage Business and Professional Women’s Club, which welcomes members from Boyle, Garrard and Lincoln counties, recently participated in the Cow Bell Days in Stanford. Members set up to talk to potential new members. From left, Brenda Baker, Martha Martin and Rhonda Marshbanks. The club, which promotes women in business, meets the third Monday of the month at 5:30 p.m. in the McKinney Conference Center at Constitution Square in Danville. For more information, contact Mimi Becker at (859) 691-0316. 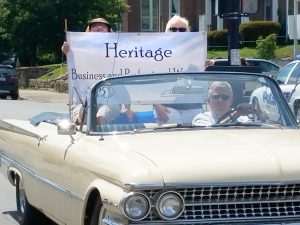 Brenda Baker and Rhonda Marshbanks. ride in a 1961 convertible driven by Brenda’s husband, Bobby, during a parade for Cow Bells Days in Stanford.