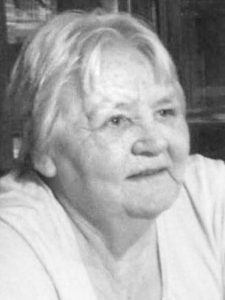 Nancy Reed Scharbrough, 69, of Stanford, KY passed away Tuesday, June 27, 2017 at home. Born April 21, 1948 in Moreland, KY to the late Perry Reed and Flossey Hill Reed, she was the widow of the late James E. Scharbrough.

She was a homemaker for most of her life, enjoyed volunteering with Comp Care Services, and was a member of Indian Creek Baptist Church.