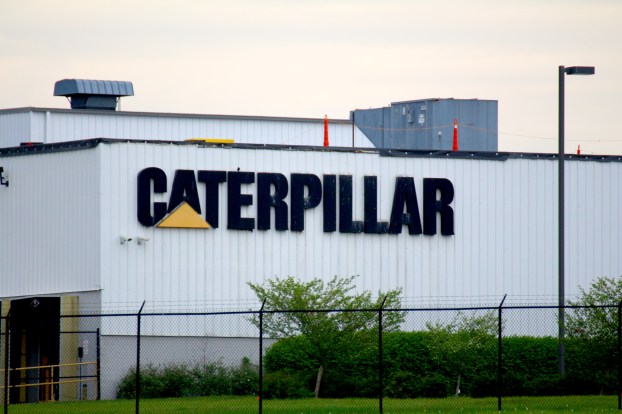 A plastic injection molding company from Indiana plans to invest $15.7 million and create 70 jobs in Danville.

Adkev Inc. expects to purchase the Caterpillar plant in the Boyle County Industrial Park by the end of the year, “complete a refurbishment” and then open by mid-2019, according to a news release issued by Gov. Matt Bevin’s office Thursday.

Jody Lassiter, CEO of the Danville-Boyle County Economic Development Partnership, said the 70 jobs are a “first phase” for Adkev, and there are “plans to grow to 150.”

An estimated 75 jobs are expected to be lost with the closing of the Caterpillar plant.

“The performance-based incentive allows a company to keep a portion of its investment over the agreement term through corporate income tax credits and wage assessments by meeting job and investment targets,” according to the news release from the governor.

Adkev will use the 190,000-square-foot Caterpillar facility to make “automotive HVAC, electronic and trim components,” according to the release.

“Advanced manufacturing has been one of our target industries for the nine years I’ve worked in Danville and it will continue to be so under the new strategic economic development plan,” he said. “In particular, advanced manufacturing related to automotive supply is a key target for our area.”

“The new factory will provide access to the southeastern U.S. market and improve proximity to customers,” according to the release.

According to Adkev’s website, it currently has two facilities — a corporate office in Goodland, Indiana; and another facility in Monticello, Indiana. The company has been around since 1987. It currently employs “more than 350” employees, according to the news release.

“Expanding into a third facility in the southeast region is in response to our core mission to provide stability and opportunity to our employees, communities and customers,” Adkev President Gary Rheude stated in the release.

“Adkev chose Danville not only because of our advantageous location between the company’s Indiana base and their customers in Tennessee, but also because of the quality of the Caterpillar facility and its availability for sale as one of the premiere industrial buildings in Kentucky,” Lassiter said.

The governor’s release quoted several local officials on the announcement:

• State Rep. Daniel Elliott: “Thankfully, companies are recognizing that our area is the perfect fit for high-quality manufacturing jobs.”

• Danville Mayor Mike Perros: “Adkev’s investment captures a superb manufacturing facility just as Caterpillar transitions out of it. This new industry will also produce job opportunities for area workers impacted by corporate business changes leading to closures at both Caterpillar and Panasonic.”

• Boyle County Judge-Executive Harold McKinney: “We are committed to Adkev making its own history here as it establishes its third manufacturing location in the birthplace of Kentucky.”

Adkev was founded by Gary and Cathleen Rheude, who named the company after their sons, Adam and Kevin, according to the release.

“Among their first products were bobbins and various plastic components for the electronics industry,” the release reads. “Adkev moved to a permanent facility in Goodland in 1993 and expanded to Monticello in 2007. The company has since grown to become one of the top 100 molders out of thousands in the U.S. as ranked by industry publication Plastics News.”

News that the Caterpillar facility would be bought first broke last week, when a “project funnel report” from the Danville-Boyle County Economic Development Partnership was released.

One project on the report, identified by the alias “Project Zeta,” was listed as lost to attrition because the “Caterpillar facility (was) no longer available due to purchase contract from another company.” Project Zeta was labeled as an industrial project that would have been an expansion of an existing business leading to “100+” new jobs.

Lassiter said there were “several prospects in the hunt” for the Caterpillar building. “Project Zeta and another just missed their chances,” he said.

Caterpillar first announced in late 2015 it planned to shutter its Danville facility. Lassiter said as far as he knows, the company still plans to “cease operations by the end of July.”

“Adkev will have the golden opportunity to capture remaining and recently separated Caterpillar employees,” he said.