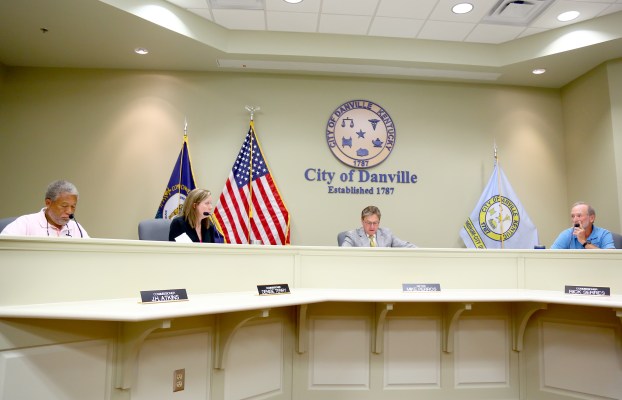 Ben Kleppinger/ben.kleppinger@amnews.com
Danville City Commission held a special called meeting Thursday morning in order to pass second reading of a budget before the new fiscal year begins on July 1. The commission enacted increases to the city’s payroll and net profits taxes in order to fund a number of ‘essential’ projects, including replacing a crumbling downtown fire station.

The tax increases are projected to bring in around $2.2 million in new revenue in a full year, but the new rates won’t go into effect until the second quarter of the fiscal year, on Oct. 1.

That means “the first year will be a phasing in, if you will, of the increase,” City Manager Ron Scott said.

The city won’t see its first revenues from the increases until mid-February, Scott said.

Boyle County government collects payroll and net profits taxes on behalf of Danville, then distributes that money to the city, Chief Financial Officer Michele Gosser explained. The payroll taxes are collected and distributed quarterly — the county will collect the taxes for October through December in January, then pay them to the city in February, she said.

Net profits taxes are collected annually: The city won’t see those revenues until May or June of next year, Gosser said.

Officials have said the increases will help pay for projects identified as “essential” and “needs, not wants” — replacement of a bridge no longer rated for fire trucks; replacing the crumbling downtown fire station; purchase of a new ladder fire truck in order to maintain the city’s ISO insurance rating; and implementation of energy-savings upgrades, among other things. 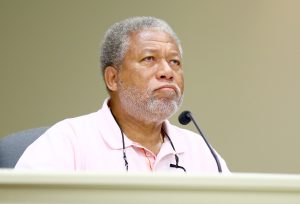 Danville City Commissioner J.H. Atkins voted against tax increases and the city’s 2017-18 budget Thursday morning. Atkins said he was not opposed to the projects the new taxes would fund, but would have preferred “doing it incrementally.”

“My vote was not a vote against what staff recommended,” Atkins said. “My vote was a vote for doing it incrementally so it would not be a major impact for citizens at the lower end of the point scale.

“I still believe that, but I know these things are very important and need to be done, and I will do everything I can to support you guys.”

Commissioner Kevin Caudill was unable to attend the special called meeting Thursday morning. Caudill voted with Atkins against the first readings of both items on Monday, but they passed 3-2.

Commissioner Rick Serres, who voted for the first and second readings along with Mayor Mike Perros and Commissioner Denise Terry, said the development and passing of the new budget “has caused a lot of mental fatigue for city staff and the commissioners up here.”

Coming up with a budget that “looks to the future” and attempts to fix problems the city has had for a long time, but doing it in an economical way, was tough work, Serres said.

“Having said that, there are some exciting things happening in Danville,” Serres said. “We’re seeing a lot of growth currently and we don’t want to stop that momentum.”

All political opinions and biases aside, something most will agree on is our national health care system has become broken.... read more