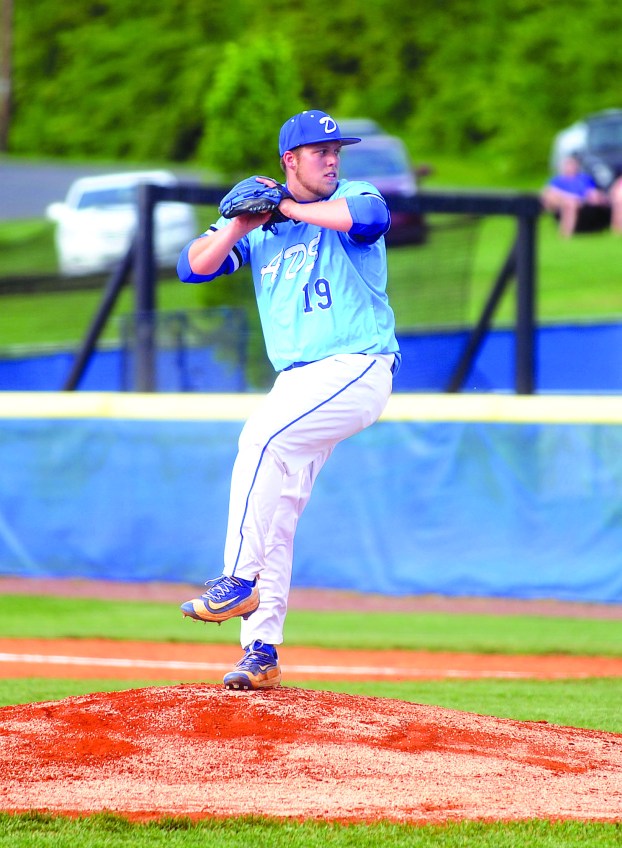 Brian Baxa didn’t spend too much time in Birmingham, Alabama.

And if everything goes according to plan, Baxa won’t spend too much time on the sideline, either.

Baxa had Tommy John surgery on his right elbow at the Andrews Sports Medicine and Orthopaedic Center on June 6, and according to the Danville graduate, everything went great.

“It went really good,” he said. “It was an outpatient surgery, so I woke up and I was on my way home.”

So far, everything has exceeded his expectations, even the pain.

“It hurt a lot less than I was expecting it to,” Baxa said. “I stopped taking the pain medicine after two or three days. After that, I only took Advil for a little while longer.”

Baxa tore his Ulnar Collateral Ligament during a game this season. He finished the season at first base, but his pitching career in high school was over.

He signed with UT-Martin to play baseball, and after a redshirt season, he’ll be back on the mound.

At this point, Baxa said he already has nearly full range of motion, which his physical therapists at Performance Physical Therapy in Brannon Crossing in Nicholasville said is slightly ahead of schedule. He’s been doing rehabilitation exercises for three weeks.

“Each week, they add more stuff,” Baxa said. “I’ve been doing a lot of wrist and forearm stuff. They added some shoulder stuff, and I’ve been doing hip exercises, too.”

Baxa has to wear a brace for two more weeks, but his surgery hasn’t kept him bored this summer. He’s going to Morse Mustangs games to watch his teammates, and he even popped in as a first base coach a few times.

Going to games has been good for Baxa, giving him extra motivation to stick to his rehab schedule.

“It’s hard because I’m wishing I was out there playing,” he said. “It has (helped) a lot because it makes me wish I was out there, so it’s pushing me to do everything I’m supposed to do to get back.”

Being on the sideline has given Baxa a different view of the sport. He hopes to use what he’s learned in his year off the mound to help him when he returns.

“It gets me to look more at what everyone else is doing wrong and what they’re doing right,” Baxa said. “I can compare it to what I was doing, see if I can help myself.”

Pitcher of the Year: Chadwell dominates in second season

According to a vote among area softball coaches, Katy Grace Chadwell is already the best pitcher in the area. She... read more