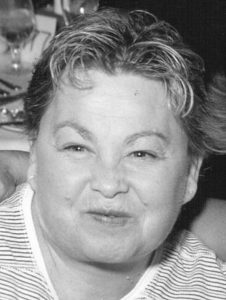 Born March 17, 1958 in Clovis, New Mexico to the late Clarence Elwood “Woody” Denham and the late Willa Banks Denham Gilbert, she worked as a nurse for most of her life. Jenny lived and breathed U.K. basketball and attended Hebron Lake Side Church.

In addition to her parents and her step-father; Teddy Gilbert, she was preceded in death by two brothers, Steve Denham and Christopher Gilbert.

Visitation will be Monday, July 3, 2017 from 5-9 p.m. at Spurlin Funeral Home Chapel, Stanford. A graveside service will be held at 11 a.m. on Tuesday, July 4, 2017 at Buffalo Springs Cemetery with Reverend Robert Camenish officiating. Burial will follow at the cemetery.

Memorials in lieu of flowers may be given to Regina Denham/ Memorial Fund for Jenny Denham at any First Southern National Bank location to help pay for funeral expenses.