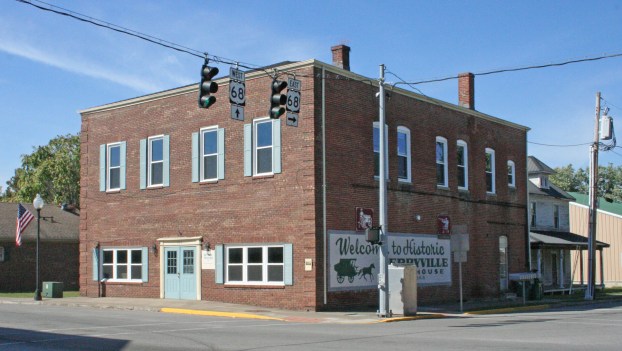 Kendra Peek/kendra.peek@amnews.com The historic Boyle House in Perryville is soon to become the Boyle House Brewery, a craft brewhouse, and the third restaurant of the Cue Hospitality Partnership restaurants.

Crowd-funding is helping fund a lot of different things these days, from musicians’ albums to video games, from covering medical bills to honeymoons. A Boyle County restaurateur is hoping to tap into the power of crowd-funding for a unique purpose: He wants to open a crowd-funded restaurant.

“We are raising money for the new restaurant and some upgrades that we’re doing,” said Jerry Houck, owner of Cue Hospitality Partnership, the new name under which Cue on Main, Nellie Burton’s Steakhouse and Sports Bar and Cue Catering and Events are under.

The money will primarily go to benefit the two newest projects, opening of the Boyle House Brewery and the CHP Overnight in Perryville.

Houck said they are anticipating opening the Boyle House Brewery and CHP in the downtown building known as Perryville’s historic Boyle House, under the same umbrella, in spring 2018. The second floor will be available for meetings and as a rental space.

“We landed on (a brewery) basically through a bunch of conversations with people with economic development, people on the state level and local level, with other people that are local that are interested in brewing,” Houck said. “We’ve had a couple of guys just come up to us and say, ‘Hey, we’d like to help.’”

There’s a growth in the industry, he said, and craft brewing “is on an uptick.”

“I think a brewery is going to be telling enough, as far as tourism. Perryville is rich in history and rich in tourists,” Houck said. “We’re going to try to make sure there’s enough local flavor, but also stuff that would draw people to the area as well. It will be interesting to see.”

Also launching soon is CHP Overnight, with guesthouses and suites available for overnight rentals in Danville and Perryville.

While it’s possible to go to banks for loans, Houck said it becomes somewhat easier and a lot more personal to include customers in the fundraising process. That’s shown by the popularity of sites such as GoFundMe and others, he said.

“They can visit and get the benefit from knowing that they’ve supported me, supported the staff here and supported keeping good food in the area,” Houck said. 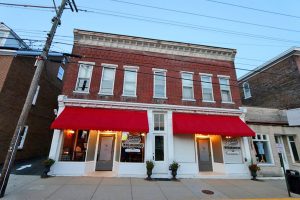 Photo submitted
Nellie Burton’s Steakhouse and Sports Bar, on South Fourth Street in Danville, is the second of the Cue Hospitality Partnership restaurants.

This is not the first time a form of crowd funding has been used for one of the Cue Hospitality Partnership’s restaurants, Houck said. Before opening Nellie Burton’s Steakhouse and Sports Bar, they offered a special package — $500 worth of gift cards for $400. They raised about $40,000, Houck said.

They repeated the promotion last year to help cover the costs of some upgrades, and raised about $25,000, he said. Houck said they plan to continue offering that same promotion every February.

“It’s beneficial for us to get the lump sum capital to be able to do some of the things that we’d like to do, and it’s beneficial to our customers because they get $100 basically for free to use for food,” Houck said.

Houck said the impacts local restaurants have in communities the size of Danville “are numerous.”

“We are the face of tourism for a lot of customers and visitors that come into our area,” he said.

His restaurants also employ about 40 people, most of whom live in Boyle County, which helps build the economy, he said.

“That money stays in Boyle County,” he said. 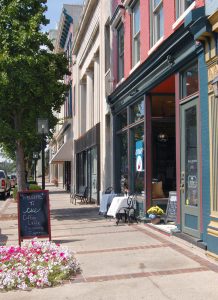 Houck said independent restaurants like Bluegrass Pizza and Pub, The Hub, Burke’s Bakery, his own and others exist because they are able to build on that sense of community.

“It’s really important for a restaurant like us to be able to be successful, because there’s so much more to the layers of what Cue Hospitality Partnership is,” Houck said.

Perryville doesn’t have that edge that Danville does of having restaurants to eat downtown, with the exception of the two service stations in town, both of which serve meals, he said.

People plan their days around food, he said, and sometimes that results in making Perryville more of a half-day trip than a day-long trip.

There are four levels at which people can participate in the crowd-funding effort:

If a referred friend becomes a member, an additional $100 is added to the initial membership for that year.

Every membership receives an invitation to a private event each year; early notification of Cue Hospitality Partnership hosted events; preferred reserved seating at partnership locations; and the membership email newsletter.

A few of the memberships have already been purchased, Houck said, and the opportunity will be available through the end of July.

Bringing all they have learned back home, Danville native Luke Darville and his wife Sila have come back to his... read more