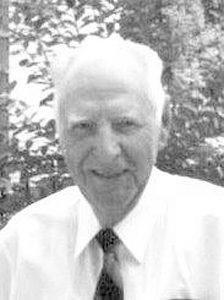 He served as a medic in the US Army during WWII and was a Bronze Star recipient. Arnold was a retired farmer and a member of Ellisburg Baptist Church. He served Hustonville as a City Council member for over 20 years. He enjoyed playing pool with Eugene Hafley and Herman Peyton.

He was preceded in death by wives, Christine Cox Wilcher and Lucille Hafley Wilcher; sisters, Mae Snow and Mary Strother; and brothers, Estil and Cleve Wilcher. Arnold is survived by a devoted daughter, Patricia Wilcher and Cecil “Bird” Pitman of Hustonville; brother, D.C. Wilcher of Hustonville; and step-child, step-grandchildren, and step-great grandchildren.

Services will be at 2 pm Thursday at W.L. Pruitt Funeral Home by Bro. Bud Stidham and Bro. Jeff Phelps. Burial is in Hustonville Cemetery with military honors by the US Army Honor Guard and American Legion Post 18.

Memorial contributions suggested to Heritage Hospice. Thanks to caregivers, Christina, Raney, Linda, and Wanda; and a special thanks to nieces, Betty J. Pemberton and Linda Brown and dear friend, Pina Faye Nutgrass for their love and support.