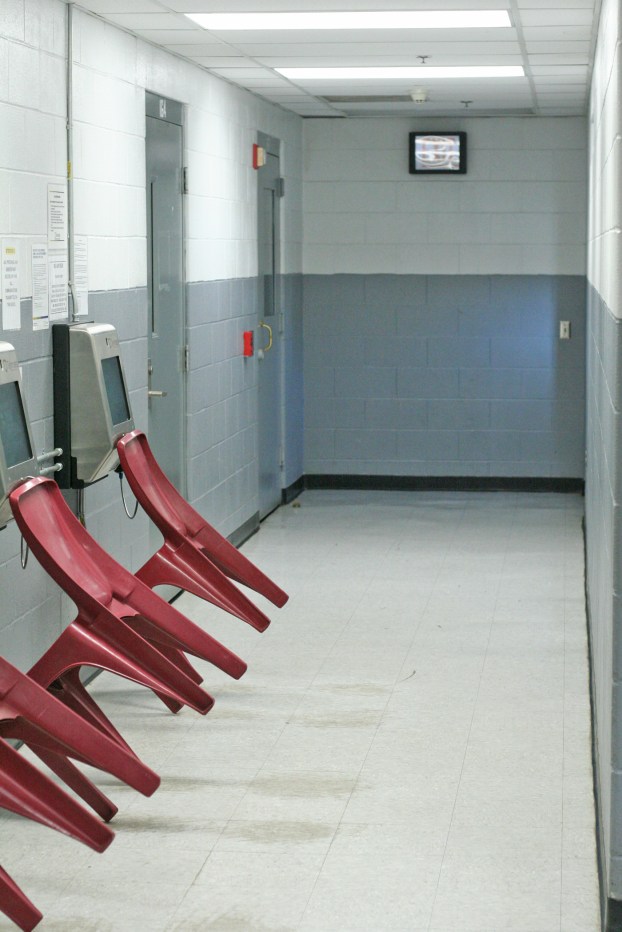 Kendra Peek/kendra.peek@amnews.com The children's corner at the Boyle County Detention Center will be near where people can speak to inmates via a videophone from the facility's lobby, keeping children close to their parents, but away from the doors. 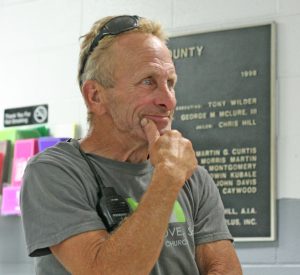 Kendra Peek/kendra.peek@amnews.com
Tom Grugel, chaplain at the Boyle County Detention Center, gets emotional thinking about the impact that the children’s area could have on the facility’s youngest visitors.

A new ministry at the Boyle County Detention Center is aimed not at those who are incarcerated, but at their children — the ones who suffer most when parents are incarcerated.

“The children are paying for their parents’ addictions. It’s a horrible, horrible cost — we want to put some joy in the lives of these children,” said Tom Grugel, chaplain at the center. “Ironically, jail might be the one place children can come and act like children.”

Opening soon, in a barely-used hallway off from the lobby and away from the main doors, near where chairs and video call screens line the wall, will be what Grugel calls the “Children’s Corner.” It will be a kid-friendly space with furniture, toys and more for the kids to occupy themselves while their parents are busy.

Grugel said the idea came to him one day while he was at the jail.

“I came out (in the lobby) and there was this group of children, some sitting in the chairs staring at the bathroom wall, others in the floor. It broke my heart,” he said.

Grugel had to step into another room because he had begun crying, he said.

“You have to be careful what you ask for — I pray for the heart of Jesus on a daily basis, and see through his eyes,” he said.

Grugel said he began speaking with the deputies in the facility, along with Jailer Barry Harmon and Deputy Jailer Brian Wofford, trying to come up with something to do for the kids.

That’s when they came up with the idea of turning an unused hallway off from the lobby area into a space for the children. He began speaking with churches in the area, seeking donations of toys, time and money.

“I’m excited to see what the Lord is going to do with this,” Grugel said.

Several churches have agreed to help, some by painting murals on the wall, he said.

Grugel has used some of his budget to purchase a television for the area, which will remain on a child-friendly station; and there are plans being made for carpeting for the floor.

“I can see it,” Grugel said, getting teary-eyed as he stared down the hallway.

But they need more donations, he said. They are seeking child-size furniture for the area. If they get more than can be used at one time, that’s good — extras can be stored and swapped out as pieces get used, he said.

They are also asking for coloring books, crayons and gently used stuffed animals and other toys, especially items that are friendly for younger children.

The items can be dropped off at Calvary Baptist Church, the Community Friends Outreach Food Bank and the South District Baptist Association.

Grugel said he wants plenty of items so that children can take their new friends home with them if they want. He said storage is not going to be a problem — he has storage at the facility and another space has been given to him to use.

“I knew with the outpouring, we would need the space … God will fill it,” he said.

Grugel said he believes this is a ministry everyone can get behind because it’s for the children. He has reached out to churches, but said it’s not a church-specific effort and he welcomes the community support.

There will be volunteers coming in to clean the items on a regular basis as well.

The deputies at the facility also plan to get involved, he said.

“We have the best staff on the planet. I know from being on the inside and the outside,” he said. “They really care.”

This space is just another example of that, he said.

“This is more than a place to house — that’s not just what we do,” he said. “We want to foster a better relationship … We want to show these men and women that our deputies aren’t here just to house them as criminals; we’re here to help them change their lives. We want to extend that to the children.”

Donation checks can be mailed to the Calvary Baptist Church, with Jail Ministry in the memo line. For more information, call (859) 544-9356.

The City of Danville put on its annual Independence Day fireworks show Tuesday night to celebrate the 241st birthday of... read more