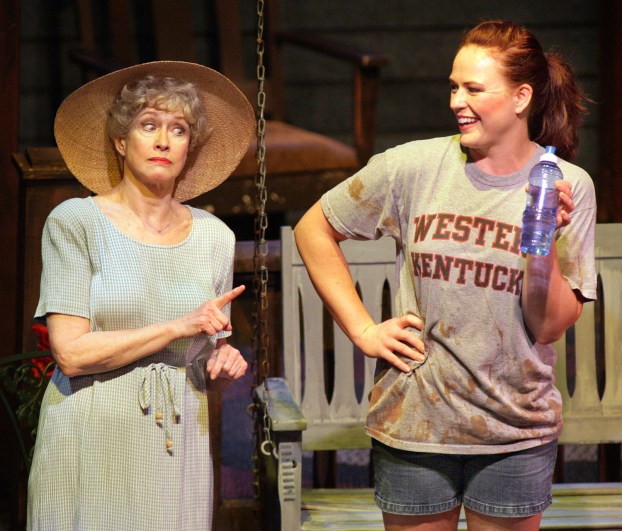 Pioneer Playhouse of Danville continues its 68th season under the stars with Guarded, the highly anticipated sequel to the 2015 hit Grounded, both original plays adapted from novels by Kentucky author, Angela Correll.

Guarded opens on July 11 and runs through July 22. It continues the story of Annie, a young woman who returns home to Kentucky when her jet-setting city life suddenly crashes. In Grounded, Annie navigated the challenges of a run-down family farm, a fiercely stubborn grandmother, and the rekindling of an old flame. In Guarded, Annie continues her journey of self-discovery, but also uncovers a family secret that has been buried since World War II, and which sends her and her grandmother, Beulah, on a sometimes heart-wrenching journey into the past. 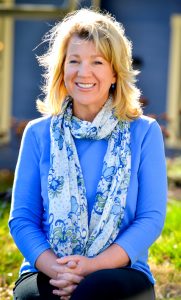 “Angela Correll is a seventh-generation Kentuckian, and her love for her home state is so evident in her novels,” says Heather Henson, managing director of Pioneer Playhouse. “We were excited to adapt the first book because we felt the story of home and family and faith would connect with our patrons – and it did, in a big way! We had a full house nearly every night for Grounded, and we just know that Guarded will have that same kind of appeal.”

“For those who came out for the first show in 2015, Guarded will feel like the second season of a beloved TV series,” says Robby Henson, artistic director of Pioneer Playhouse. “You’ll see where the characters you liked so much are now, what new struggles they’re facing. But if you happened to not see Grounded, this play does stand alone because it has a few new story lines. We have the main character Annie still a little anxious about her decision to leave her big city life and return to Kentucky, worrying about if she’s really ready to settle down with the love of her life, Jake. But we also go in a new direction that gives the story a different kind of momentum.”

One of those new story lines is the discovery of a cache of letters, hidden in the floor of an old stone house on Beulah’s property since World War II. The letters pertain to Beulah’s older brother, Ephraim, who died as a young man on the battlefield in Italy during World War II. Some of the letters are from friends who served with Ephraim, but other letters are written in Italian and seem to have remained unopened since they were hidden in the 1940s. What information do the Italian letters contain, and who wrote them? Annie, who has always been headstrong, is determined to find out, but Beulah, who already lived through the pain of losing her only brother once, is more reticent.

“In her novel, Guarded, Angela skillfully weaves in the themes of loss and sacrifice through Beulah’s memories of her brother going off to serve in World War II and not coming back,” says Robby Henson. “Those feelings will be familiar to many of our older patrons, and several scenes in the play move back and forth in time, following the young Kentucky boy, Ephraim, as he navigates Italy during war time.” 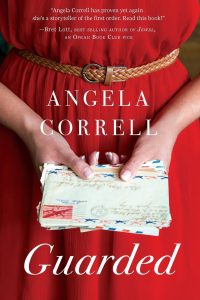 The cover of “Guarded,” by Angela Correll.

Navigating cultures is indeed a big theme of the novel, and consequently of the play. While flashbacks return audiences to war-torn Italy, present time action revolves around a new visitor to Beulah and Annie’s farm: Rosella, feisty Italian grandmother to Janice, one of Annie’s city friends. Rosella is in Janice’s care, but when the two young women decide to take a quick trip to Italy to track down information found in the mysterious Italian letters, Rosella comes to Kentucky and Beulah becomes her reluctant hostess. The two strong-willed grandmothers clash over everything and become particularly embroiled in a battle over sacred ground: Beulah’s kitchen.

Meanwhile, Jake Wilder, Annie’s childhood friend who declared his love and his intention to marry Annie at the end of Grounded, waits patiently for Annie to figure everything out – including her own tangled feelings about marriage. But how long can love wait? Also, Woody, a familiar face from the last show, appears once more in Guarded, providing comic relief while helping to research various mysteries and falling for the local librarian in the process.

Audiences will recognize many actors from their Grounded roles, including Erika Lee as Annie and Patricia Hammond as Beulah, and Liam McDermott as Woody. This year Jake Wilder will be played by Cody Rees, who last appeared on the Playhouse stage in The Wonder Team. Rosella will be played by Kathleen Thompson Parker, who was Mrs. Charles Dickens in the first offering of the 2017 season, Death by Darkness. New to the Playhouse stage is a Louisville-based actress, Rita Hight, playing the nosy neighbor, Betty.

Audiences will also recognize the duo behind the play adaptation: Robby Henson and Holly Hepp-Galván.

“I really connected with the novel of Guarded,” says Robby Henson. “I knew I wanted to work on the adaptation, but I was a little worried about creating a strong female perspective since the book is so much about Annie and her personal struggles. So we decided to approach Holly, who we’ve worked with before. Holly and I collaborated, with Angela, on bringing all the rich layers of this story together for the stage – and I’m hoping audiences will think we were successful!”

Holly Hepp-Galván is an award-winning playwright based in New York City whose comedy, Tamed, was a fan favorite at the Playhouse a few years ago. Robby has two “Kentucky Voices” hits under his belt: The Wonder Team (2014) and Good Blues Tonight! (2016.) 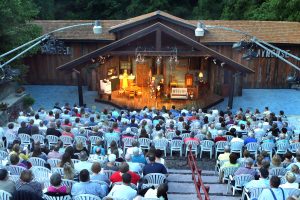 A view of the Pioneer Playhouse stage during a performance of “Grounded” in 2015.

Guarded, like Grounded before it, is part of Pioneer Playhouse’s annual “Kentucky Voices” series of original plays.

“’Kentucky Voices’” was the brainchild of my sister, Holly,” says Heather Henson. “She saw it as a way to honor Kentucky authors and Kentucky stories, and that’s exactly what we’ve been doing for – hard to believe — a decade now!”

“Our ‘Kentucky Voices’ plays are always the most popular of the summer,” says Robby Henson. “Audiences like seeing places they recognize, people they know. It’s so important to tell stories about ourselves, about our culture and history, our place in the world, and we’re proud to be doing that here at Pioneer Playhouse.”

Guarded will run July 11-22. Plays are performed nightly, Tuesdays through Saturdays, at 8:30 pm. A home-cooked dinner featuring hickory-smoked BBQ pulled pork or chicken, and farm-fresh sides is served at 7:30 pm each evening before the show. (Vegetarian option is available if ordered 24 hours in advance.) A bar serving wine, beer, and mixed drinks will be open for those 21 and over. Reservations are recommended for the show, required for dinner. (Dinner & Show: $32; Show Only: $18.)