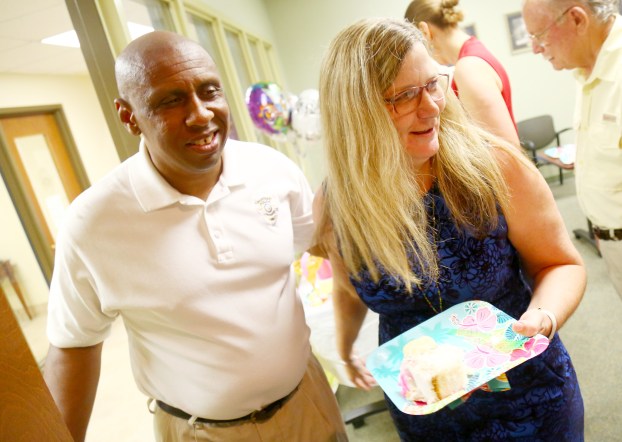 Paula Bary worked her first day for Danville-Boyle County Planning and Zoning on Oct. 11, 1994. Almost 23 years later, at the end of this month, she’ll work her last.

Bary is set to retire July 31 as the head of the local P&Z office.

“It’s been a good 23 years. When I interviewed here all those years ago, they told me I’d be here about two years — so I outlasted their prediction,” Bary said during her last P&Z Commission meeting Wednesday. “… It’s been a good learning experience. I learned on the job and I learned with everybody.”

P&Z Chair Jerry Leber presented Bary with a bracelet at the meeting in honor of her retirement. 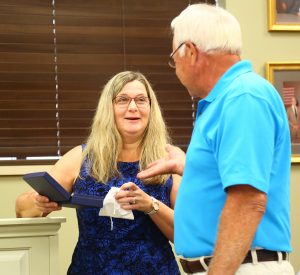 “We certainly want to recognize and tell you how much we appreciate the quality of the work you’ve done,” Leber said.

Nancy Estes, an engineer with Estes Engineering, has worked with Bary for Bary’s entire career in Boyle County.

“I hate to see her go and she’s done a very good job,” Estes said during a retirement celebration for Bary at Danville City Hall Wednesday. “I don’t think she can be replaced easily.”

News archives show the P&Z Commission voted to hire Bary in September 1994 and she officially came on the next month. Bary came to Danville from Florida, where she had gained quite a bit of planning experience — though, she noted Wednesday afternoon, not “specific planning and zoning, government-side training.”

“I had done it in private practice on the opposite side of the counter,” she said. “… It was just a good opportunity to move to Danville, move closer to my roots where I grew up — southern Indiana.”

Bary’s tenure has included a 2004 overhaul of the local zoning ordinance, but on the whole, not a lot of big changes, outside of the obvious technological improvements, she said.

“Danville has really just grown gradually out — we haven’t had any big influxes of growth since I’ve been here in any one area,” she said. “I think that’s good — to have a solid, steady growth pattern.”

Bary said watching Danville and Boyle County accrue the benefits of planning and zoning — such as maintaining a sense of community, good property values and growing in ways that people like — has been personally rewarding. 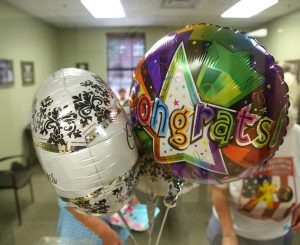 Bary said she doesn’t have any immediate plans for what she’ll do once she retires. Her son starts sixth grade at Bate Middle School in the fall.

“I sort of met my husband while I was here,” she said. “He’s a Danvillian and I don’t think he has any plans of going anywhere, so I’ll probably stick around.”

Bary told P&Z commissioners she’s thankful for the “community education” she received when she came to Danville.

“Danville … and Boyle County has been a great community to live in and to work in,” she said. “We’ve done our best job possible to leave it in a good position.”

After pushes from Danville and Boyle County, P&Z to open on Fridays beginning in October

The Danville-Boyle County Planning and Zoning Office will open on Fridays starting in October, according to the P&Z annual budget... read more