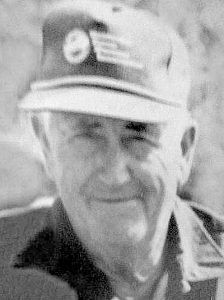 Lester Lee Cook, 87, of Stanford, died July 3, 2017. Born April 1, 1930 in Lincoln County, he was the son of James and Mary Hale Cook. Lester had been a farmer most of his life. His passion for the land brought him many years of satisfaction. He enjoyed horse trading, horse show judging and horse pulling, not to mention all of the parades in which he drove horses. A man of great work ethic, he always labored until the task was done and done right. He believed in honest trades and expected the same in return. He believed a man’s word was his bond. Our hearts miss his humor and his presence, but Heaven filled his reservation. God was waiting.

Survivors include his wife of 37 years, Patricia Cook, two sons, Gary (Sheila) Cook of Ind., and Monty (Debby) Cook of Stanford, two daughters, Denice Lombardo of Stanford and Melissa (Jason) Perales of California, thirteen grandchildren and 9 great-grandchildren, and two sisters, Helen Reid and Dorothy Atwood, both of Stanford. He was preceded in death by his sister, Margaret Cook Brown, and his son, Larry Cook.

A Celebration of Life will be held at 1 p.m., Saturday, July 22, 2017 at Stith Funeral Home in Junction City. An online guestbook is available at www.stithfuneralhome.net.