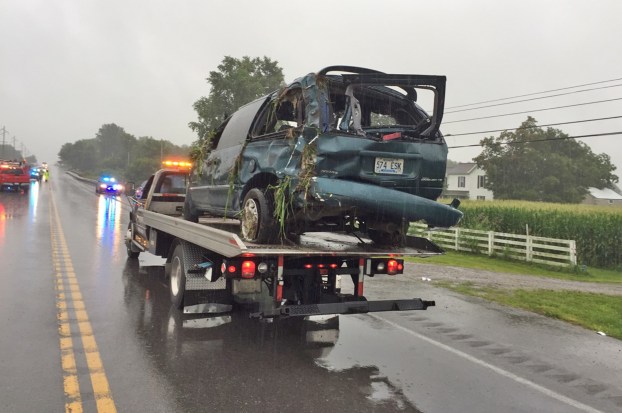 A captain at Northpoint Training Center was injured in a single-vehicle wreck on U.S. 150 near Salt River Road and the Atoka area about 7 a.m. Tuesday.

David Mudd, 56, of Springfield Center, was eastbound between Perryville and Danville when he lost control of his Dodge Caravan and went down an embankment, according to Boyle County Emergency Management Director Mike Wilder.

Wilder said Mudd, a correctional captain at Northpoint, is believed to have been headed to work when the wreck occurred.

The van turned over before catching fire.

“He was very fortunate,” Wilder said.

Mudd was transported to Ephraim McDowell Regional Medical Center with broken bones, but nothing believed to be life-threatening, Wilder said.

According to Julie Thomas, a deputy warden at Northpoint, Mudd has worked for 20 years at Northpoint and is set to retire on Aug. 1.

Thomas said Mudd was going to be transported to the University of Kentucky Chandler Medical Center for hip surgery sometime on Wednesday.

As of press time, he was still listed in stable condition at the Ephraim McDowell Regional Medical Center.