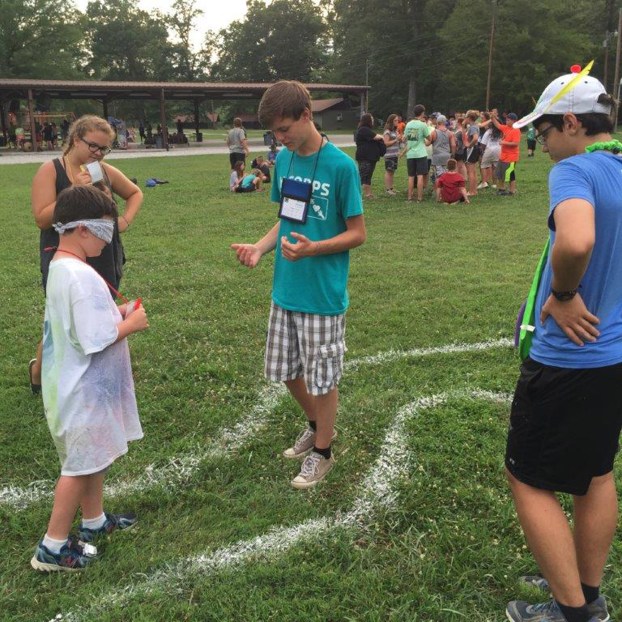 Next week, about 350 campers and teen and adult leaders from Boyle, Lincoln and Powell counties will converge on the J.M. Feltner Memorial Camp near London. Money is still needed to help some of those from Boyle County pay their way.

There are 225 people, about 20 of those adult leaders, from Boyle County attending 4-H camp July 10-14, the largest group in over 10 years. Kim Ragland became the Boyle County 4-H Agent in 2004 and said the most she had ever taken to camp prior to this year was 151.

Combining with Lincoln County and Powell County, the other two counties that attend camp with Boyle, there are a total of 350 people — and only 318 beds. Some of the older students and their leaders will be experiencing a camp-out at camp, sleeping in teepees instead of cabins.

“They are the heart of camp,” Ragland said, speaking of the teen counselors.

Adults attend for free, and can take a student at no charge, but the county is still charged for that student as well.

A few weeks later, Boyle County’s 6-to 8-year-olds will be attending Cloverbud Camp, July 21-23. There are 20 kids, five of those on scholarship, and five teen counselors. The cost per camper is $100 each. As with 4-H camp, counselors don’t have to pay their own way, so that equals 10 people being covered, pushing the cost to $1,000. 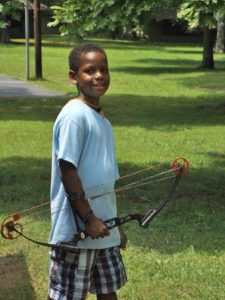 There’s a misconception, Ragland said, that taxpayer dollars can be used to send kids to camp.

Being able to pay for the 58 students needing full or half scholarships falls back on the amount of money that can be raised each year, Ragland said. They do events such as Big Toy Day, pancake breakfasts and Applebee’s shares, and have set up kids’ areas at the Kentucky BBQ Festival, Perryville Commemoration Celebration and Junction City’s Railroad Days. They also get a portion of the proceeds from the sales of agriculture license plates at the Boyle County Clerk’s Office.

“We fundraise throughout the year … It’s just not enough. When you’ve got as many kids on scholarship as we do, that’s a $10,000 check — that’s pretty much our fundraising for the year,” Ragland said.

“We always have young people who need assistance,” she said.

Ragland admits there could be limits placed on the number of students given scholarships.

“I could say no. I could say, ‘we have 10 scholarships,’ ‘we have 20 scholarships,’ and I could just say no,” she said. “The problem with that is, probably, the young people who need our scholarships are the ones who would most benefit from attending camp. It’s been our philosophy that we don’t say no if we can find the money. I know there are people in this community that would support a child — especially if they were able to meet these kids.”

They can raise money for the costs until mid-August, when the bill comes due.

To be considered for a scholarship, students have to fill out an application, which features a front and back — the front for students, the back for their respective family resource directors at their schools.

The student section “is all about fun,” she said.

The side for directors to fill out is because “they have a wonderful idea of what this child will benefit from,” she said.

Holding up an application that has a full page written from the resource director, Ragland said, “How can I say no to that?” 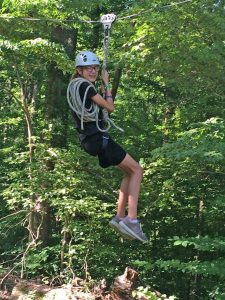 Photo submitted
Camper Paige Newby on the zipline at J.M. Feltner 4-H Camp. Paige is attending camp this year as a counselor-in-training to become a junior counselor in the future.

Landry Woodrum, Ragland’s son, has been attending camp since he was 5 years old. He calls J.M. Feltner Memorial 4-H Camp “the happiest place on earth.”

Getting the fellow campers energized is his specialty, he said.

This year, Woodrum is a junior counselor in the boys cabins and said he’s amazed at what a week can do in the lives of some of the campers.

“I see a lot of growth in the course of a week,” Woodrum said. “A lot of them haven’t been out of the house before, haven’t been away from their parents before. Now, they’re on the other side of the state and all they have to depend on is themselves and their friends … I like watching friends being made.”

The campers learn how to make friends, how to pack better, but most of all, he said, how to be independent.

“They think it’s all fun. It’s really about learning to be independent,” she said. “… We encourage generosity and being part of a team, leadership, being able to talk to other people that you’ve never met … it’s all life skills.

“… Kids don’t know it’s life skills at all, but the parents know.”

Ragland said she had gone to camp as a kid, experienced severe homesickness, and hated the experience. That’s why, when she started as an extension agent, she didn’t believe that a week could make that much of an impact in a kid’s life.

“I was wrong … In retrospect, what I learned was that I would be okay. That’s a lesson that the most homesick of children needs to learn,” she said. “As a new agent, I did not believe in the power of camp. But I have seen it. I have seen young people keep their noses clean and try to stay out of trouble.”

One of those young people, Ragland said, was the late Mason Steigerwald, who was killed in a car wreck in 2011.

“Mason said 4-H camp was his favorite place on earth and it changed his life. That taught me that it does change kids. It can mean an awful lot to kids,” she said. “Mason changed this county and Lincoln and Powell forever.”

They now raise money in Steigerwald’s name to take kids to camp, and encourage students to bring their money for their teams. Each camper on the team that raises the most money at camp gets to put a pie in the face of the adult and teen leader of their choice.

“I never saw people get so excited about getting a pie in the face. It’s an honor. They fight for it,” she said. “It’s one of the highlights of camp.

“We try to appeal to everyone,” Ragland said.

The teens help teach the classes.

There are also competitions for the cleanest cabin; and the most well-decorated. And there are field games and water field games; costume contests; and other fun competitions.“Camp is for the campers,” Woodrum said, reciting the motto the junior counselors have. “It’s way more fun to give the campers the same experience you had … that is extremely fulfilling. Every year is the best year.” 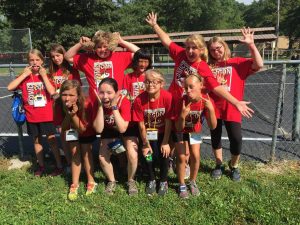 While both the 4-H camp and the Cloverbud camp are full for the summer, next year’s applications will be going out in the spring. Volunteers are welcome for next year.

Boyle turning lanes project ranks among most important in state

Boyle County officials have pushed for years to have the state add turning lanes at what they say is a... read more