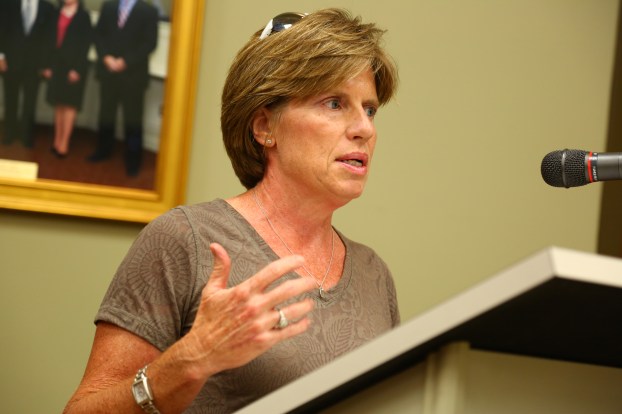 Ben Kleppinger/ben.kleppinger@amnews.com
Connie Allen with Salt River Engineering completed a cost of service study for Danville’s sewer utility that recommends rate increases in order to ensure the viability of the utility in the future.

An engineer who studied the costs behind Danville’s sewer system is recommending rate increases and a rebalancing so that different customers pay their fair shares of the utility’s costs.

“What we’re trying to do is set equitable and defendable rates, but at a level that is sufficient to pay your expenses, pay your reserve obligations and fully fund your depreciation,” said Connie Allen with Salt River Engineering.

Allen conducted a cost of service study of Danville’s sewer utility to determine rate increases that she told city commissioners would ensure the city could maintain a viable wastewater treatment plant.

Based on a monthly usage of 4,000 gallons of water, customers in the following areas would see increases under Allen’s proposal:

• residential and commercial sewer bills in Danville would increase 46 percent;

Allen said her proposal would cause Danville to have a sewer capital improvements budget of “just under 100 percent” of annual depreciation costs, meaning the city would be funding replacement of its system as it ages.

Danville City Engineer Earl Coffey said currently, a Danville customer using 4,000 gallons would get a monthly bill of $18.36; under the proposal, that would go up to $26.81.

Danville City Commission did not take action on Allen’s proposal, of which only an outline was presented at Monday night’s commission meeting.

Coffey said a summary of Allen’s full proposal would be given to commission members at the next commission meeting, along with scenarios for the different options the commissioners could choose, including not changing rates or changing rates by less than the proposed amounts.

“We will follow your direction really on how you want to handle it from there,” Coffey told commissioners.

Allen explained her study analyzed how much different sewer customers use the sewer system and then balanced the rates to match those costs, so that someone who causes more cost would in theory pay more to cover that cost.

If the city were to follow her recommendations, it could continue to rebalance rates in the future to maintain that equitable distribution of the costs, she said. That could mean rate decreases for some customer groups if their load on the system gets lighter, she added.

“Should you take my recommendations for these rates, feel good that in my opinion, you’re taking a very big step in funding these capital improvements where they should be,” she said. 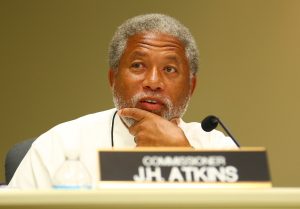 Danville Commissioner J.H. Atkins said Monday that the announcement of a study suggesting Danville increase its sewer rates “is not good timing.” The city approved two tax increases in June.

Allen’s outline of the study also included nine “suggestions and opportunities” for future changes and improvements to the sewer system, including testing sewage prior to treatment in order to better determine which customer groups are costing more to treat.

“I’ll say it — this is not good timing for us to hear it, not for the public to hear it,” Commissioner J.H. Atkins said, presumably referencing the fact that Danville just passed two tax increases into law last month.

The Boyle County Detention Center reached a population of more than 400 inmates this month, prompting the jail to move... read more