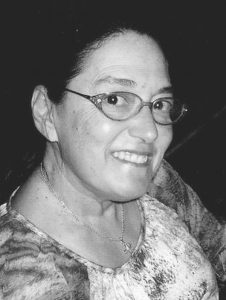 Adela “Delly” Drakeford, 66, of Stanford, KY passed away Thursday, July 6, 2017 at U.K. Chandler Medical Center in Lexington, KY. Born April 29, 1951 in Brooklyn, New York to the late Alfred Bei and Adela “Del” Barral, she began her working career with Bell Telephone Company, and later worked as a teller for Bank of Danville and PBK Bank in Stanford.

In addition to her parents, she was preceded by one sister, Alina Himelick; and one niece, Nikki Blanton; one aunt, Yolanda Wheeler.

Visitation will be held on Saturday, July 15, 2017 at Spurlin Funeral Home Chapel, Stanford from 2-5 p.m. A memorial service will begin at 5 p.m. at the funeral home. A private family interment will be held at a later date.