Boyle gets $150K in tax credits for preserving courthouse 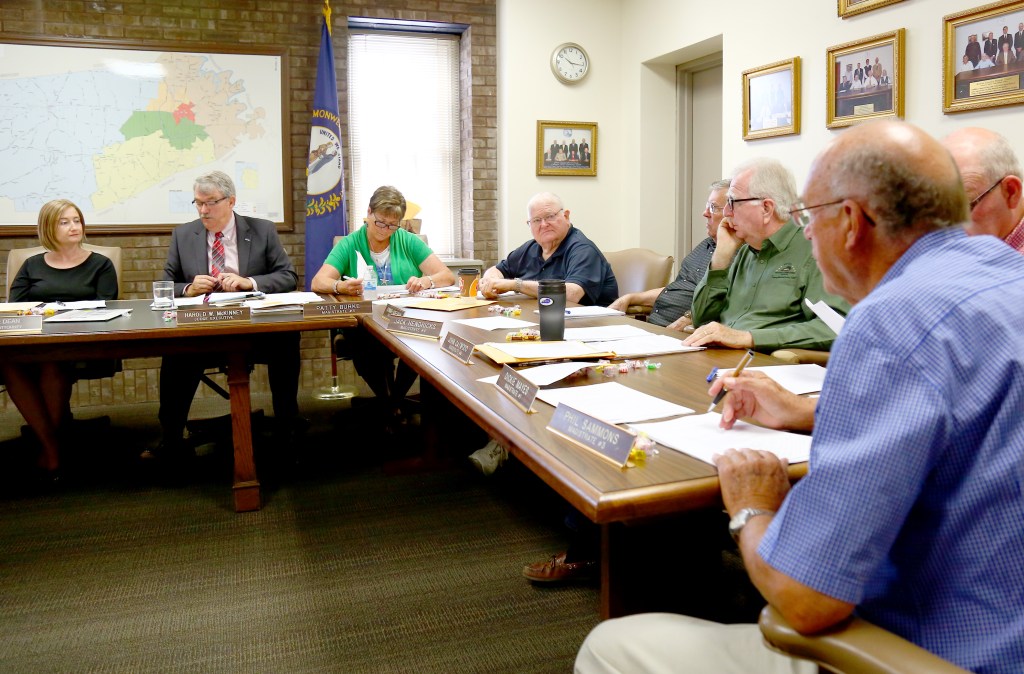 Boyle County Fiscal Court has been awarded just over $150,000 in historic preservation tax credits for work done to the Boyle County Courthouse.

While the fiscal court does not pay taxes as a government entity, it can sell the credits to the highest bidder, Judge-Executive Harold McKinney explained.

The person who buys the tax credits can then use them against their own tax bill.

“Typically, I think you can expect to get about 90 percent of the total credit,” McKinney said. “That’s what we got last time.”

Boyle County Finance Officer Jacob Pankey said magistrates authorized him to pursue $1.3 million in tax credits for work being done to the courthouse, including on the HVAC system, an energy efficiency program and upgrades to storm windows.

Pankey worked on submitting the application to the Kentucky Heritage Council with other Boyle County employees Bill Nichols, Rita Harmon and Duane Campbell.

“The work we invested has now been returned,” Pankey told magistrates Tuesday. “We are being allocated $150,068.76 worth of historic tax credits.”

The application process began in January. KHC sent a letter to McKinney on June 29 informing him the project meets the Secretary of the Interior’s Standards for Rehabilitation and the county had been awarded the tax credits. Boyle County Courthouse is a historic structure that appears on the National Register of Historic Places.

Pankey said there is a final step in the application that costs about $700 to finish.

“We plan to … complete that by the end of the month so then you all can receive these tax credits and potentially sell them to someone and use those funds as you see fit,” Pankey said.

“Can that $150,000 go into the Constitution Square endowment?” Magistrate Jack Hendricks asked later in the meeting.

Boyle County has set up an endowment fund for Constitution Square Park, which it owns, with the goal of funding the upkeep of the park through interest earned off the endowment’s principal.

McKinney said that could be a good way to use whatever funds the county gets for selling the tax credits.

“It’s a one-time income; that would be a one-time out-go,” he said. “You like to match one-time events together.”

Boyle County Treasurer Mary Conley noted there are other expenses the funds could help cover.

“We have a lot of expenses to pour back into this building this next fiscal year and that has no revenue stream,” she said. “I think that needs to be a discussion that we all talk about.”

“Let’s sell and see what we get,” McKinney said.