Eat, Drink and Be Irish — with the Uplifters from Carrickfergus 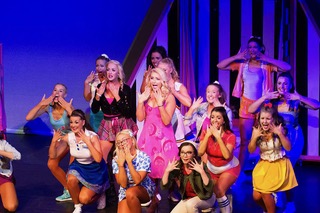 Downtown Danville will once again be invaded by the Irish, as it prepares for Eat, Drink & Be Irish to hit various locations July 20.

The Irish festival will celebrate Danville’s relationship with its Sister City, Carrickfergus in Northern Ireland. Ryan Moffett, who owns and operates Uplift acting academy, will be back in town with three counselors running the West T. Hill summer acting camp, so the Sister City Committee thought offering various performances around town would be a great way to showcase them.

“We have such a close relationship with Danville, that every time we come over we feel like it’s home and that means the people of Danville are like family to us. Some of our best memories are when we get together for family gatherings and thats how we see this event,” Moffett says.

Aside from Moffett, long-time camp counselor Johanna Johnston will return, as well as first-timers Ellie McKay and Alissa Klein. 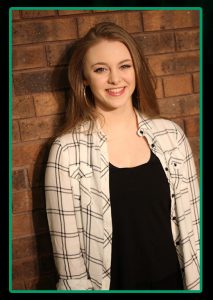 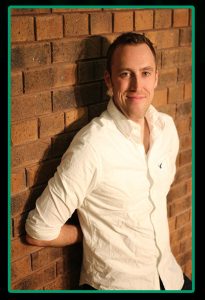 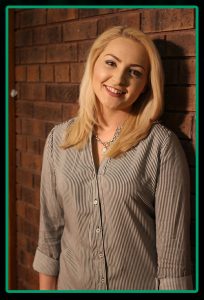 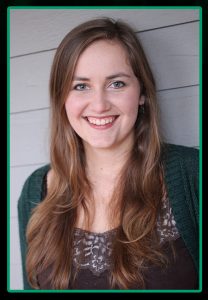 “For the past eight years, usually around St. Patrick’s Day, we’ve celebrated an Irish evening with and for the many local sponsors and benefactors who support Danville’s ongoing efforts at ‘Citizen Diplomacy,'” says Milton Reigelman, a member of the Sister City Commission. This year, he says, because Carrickfergus Mayor Audrey Wales MBE and her husband were in Danville during that time, the commission moved the event to July to happen when “the talented leaders of the Irish Uplift troupe will be returning to once again hold children and adult workshops for West T. Hill Community Theatre.”

“This year we’re using the newly renovated Weisiger Park as the main stage for Irish music and dancing and partnering with the Heart of Danville and our downtown restaurants,” Reigelman says.

From 6:15 to 7 p.m., the four performers will sing, dance, tell jokes and talk at four different restaurant locations, to be announced later. From 7 to 8:30 p.m., they will visit Weisiger Plaza. Nathan Link and his group will perform at the plaza from 7 to 7:30 p.m., then Bluegrass Ceili Academy will lead a participatory Ceili dance at Weisiger until 8.15 p.m., when Link and his band will return to play until 8:45 p.m. The four visitors from Uplift will hit different restaurant locations 8:45-9:30 p.m.

“Our ties with Carrickfergus, the Irish seaport town and ancestral home of many of Danville’s Scotch-Irish founders, grow stronger every year. Recently more than 100 Centre football players and coaches were hosted by Mayor Wales at a breakfast in Carrickfergus before touring its 12th-century Norman Castle,” Reigelman says. “And in the coming months, our fourth Sister City exchange will take place. They’ll welcome a Danville artist to Ireland for two to three weeks there, and we’ll welcome an Irish artist to Danville.”

“We look forward to seeing friends and making some new ones. We hope so share experiences from our life and encourage others to see the positive work the arts can have on the community and peoples lives,”  Moffett says.

“For as long as I can remember, being a performer has always been my dream …” Johanna Johnston, 22, says. She will be returning for the fourth year to help with WTH’s acting camp and is one of the featured performers for the July 20 festival.

Karen Logue, managing director of the theater, says Johnston has a way of connecting with the kids and helping them achieve their stage goals.

“Johanna is beloved by all the kids — it’s like we’ve known her forever,” Logue says. “The summer it was just the two of us, she was an incredible leader and asset to me. She knows her stuff and has a passion for performing. She’s warm, funny and talented …”

A camp favorite, Johnston is now associate director and choreographer for Uplift. She has been performing since she was 3, and began her career as a champion Irish dancer, as well as studying singing, acting and other types of dancing.

Johnston has gone on to perform in more than 15 musicals around Northern Ireland, with her largest role as Molly Jenson in “Ghost, The Musical.” She was nominated at The Association Of Irish Musical Societies Annual Awards Ceremony for Best Comedienne for her portrayal of Elle Woods in “Legally Blonde: The Musical” in 2016.

In the last two years, Johnston has been auditioning non-stop, hoping to garner a spot in a prestigious drama school in London. Last year, she was accepted to Mountview Academy of Theatre Arts.

This year, she’s been offered a place to study musical theater at Urdang Academy in London.

“I can honestly say I have never wanted anything more in my entire life than to train at a college as intense and outstanding as Urdang,” Johnston says. “As this school is a private college, and is situated in the heart of London. The price of fees and accommodations are quite large, and I come from a large family of eight children …”

Johnston’s family isn’t in a financial position to pay her college fees — understandably, she says.

She’s set up a GoFundMe page, in order to hopefully supplement what she’s saved toward her college fees. Johnston says no amount is too small.

“I think it would be a wonderful investment in both Johanna’s future and in the future of our Sister Cities relationship to help support her in her journey,” says Liz Orndorff, a commission member. “And she might even bring back what she learns to Danville’s children.”

“Every penny is appreciated more than you could ever know,” Johnston says. “And even if you aren’t able to donate, thank you for taking the time to read about my story.” 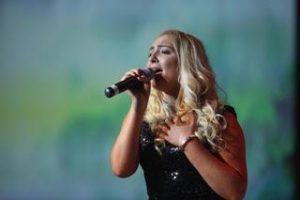