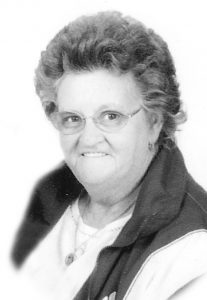 Elizabeth was born April 5, 1941 in the community of Kenvir in Harlan County to the late Jess and Mollie (Jones) Eldridge. She grew up on Copper Creek and attended Brodhead School. She began working for Cowden’s Manufacturing in 1960 and retired after 33 years of service. She was a previous member of both Valley and Immanuel Baptist Church. Elizabeth was an avid quilter, having hand quilted over 50 quilts in the past 13 years. She enjoyed collecting four-leaf clovers and had collected 33,448 notebooks.