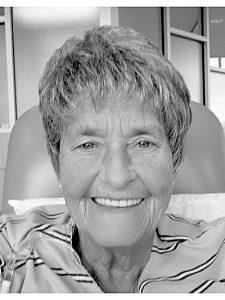 Brenda Kaye Taylor Young, 69, passed away Friday, July 14, 2017. Brenda was born in Casey County, Kentucky on January 7, 1948; she was one of twelve children of the late Clarence Dunn and Emma Wilson Taylor and was the loving wife of 50 years to Ronald Gene Young.

Brenda was a member of Fellowship Baptist Church in Harrodsburg and was a retired production associate from ATR. She enjoyed being with her grandchildren and family cookouts. During the warmer season, she could be found in her yard tending to the flowers she grew or simply relaxing soaking up the rays of the sun. She would go to yard sales on a quest to collect some of the many trinkets she enjoyed displaying in her home. Halloween was a favorite time of year as she was often found ready to scare the daylights of an unsuspecting family member.

Along with her parents, Brenda is predeceased by a grandson, Justin Young and five siblings.

A Memorial service will be held at 2:00 p.m., Tuesday, July 18, 2017 at Walden Funeral Home Perryville. Bro. Lynn Releford will officiate. A time of visitation will be at the funeral home Tuesday from 12:00 p.m., (noon) until the time of the service.