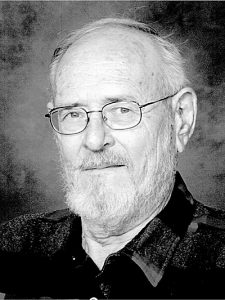 J.O. was retired from the Kentucky Dept. of Fish & Wildlife as a Law Enforcement Officer, was previously emptied by IBM and had served his country in the U.S. Army during the Vietnam War as a Sergeant. He was a member Brookside Baptist Church, the Contemporary Long Rifle Association, and the National Muzzle Loader Rifle Association. In addition to his parents he was preceded in death by a brother, Gordon Andrew Burkhead and a sister in law, Judy Burkhead.

Funeral services will be 11:00 AM Tuesday, July 18, 2017 at Ramsey-Young Funeral Home by Mr. Joe Bland & Bro. Brian Burkhead. Burial will take place at Camp Nelson National Cemetery. Pallbearers and honorary bearers will be the retired officers of the Dept. of Fish & Wildlife and Dr. Baird Foree. Visitation will be from 6—8 PM Monday, July 17, 2017 at the funeral home.In lieu of flowers the family suggests donations in his honor to Clear Creek Baptist Bible College, 300 Clear Creek Road, Pineville, KY 40977. Friends and family may leave condolences on his tribute page at www.ramsey-young.com