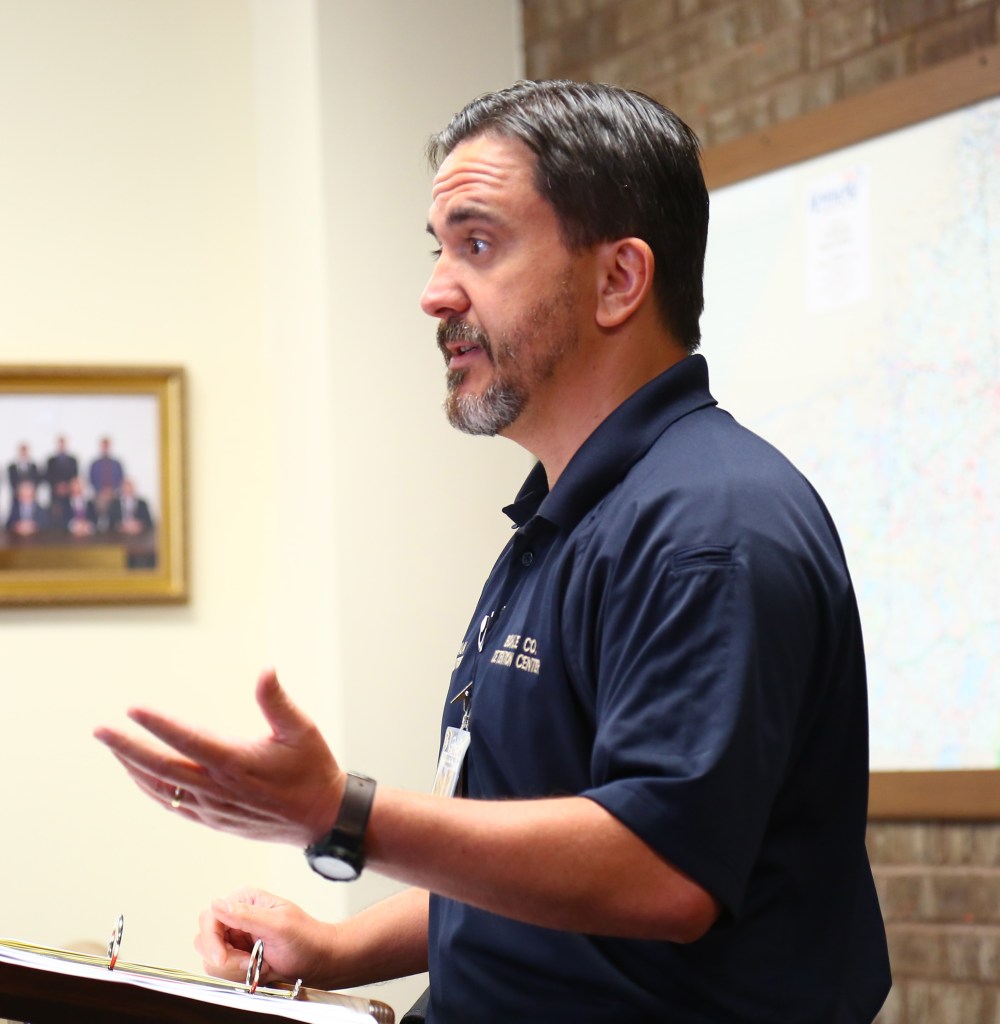 Chief Deputy Jailer Brian Wofford has spent close to a decade of his life working on narcotics cases. As a result, he gets some phone calls many others don’t.

“It never fails, on a Sunday night as we’re getting ready to go to bed, my phone rings. It could be somebody I go to church with, it could be somebody that I’ve known: ‘Hey, we just figured out my son or daughter has started smoking marijuana this week … what do I do?’” Wofford said. “I get those calls frequently, and I don’t mind. They’re calling me because of my past experience.”

Now, Wofford and numerous local partners have a plan to go proactive with the information distressed parents are so often asking for — and teach kids about the dangers of drug use at the same time.

They’re calling it a “truth tour.” It will be a monthly event allowing parents and their children to visit the jail and learn about the realities of drug use.

“It’s not anything like the ‘Scared Straight’ program — I’m not a big fan of those,” Wofford said. “… The whole goal of this is to encourage parents to start having talks with their children about substance abuse issues, start the conversation early and continue the conversation.

“Because like anything else in life, the frequency is going to determine the impact. So the more they have this conversation at home around the dinner table, using teachable moments, the less likely they are to get involved in using drugs or any other kind of substance.”

Truth tours are “designed to engage parents, concentrating on the family as the first line of defense against drug and alcohol abuse,” according to an informational sheet provided by Wofford. “It is designed to give teens a cold hard look at what the outcomes of drug use are likely to be.”

Parents and children will attend truth tours together, Wofford said. The children will first visit with members of Boyle County EMS and the Boyle County Sheriff’s Office, who will teach them about the medical and legal realities of drugs.

“While they’re doing that, I’ll be discussing with the parents signs to look for, for paraphernalia, for signs of drug use, how to spot it,” Wofford said.

Parents can also get a guide on how to talk to their kids about drug use at any age from preschool to 12th grade.

After the parents and kids come back together, they will hear from at least three participants in the jail’s internal substance abuse program (SAP), which helps state inmates rehab from drug use issues while they are doing time.

“These guys will share their stories with these folks,” Wofford said. “It’s a very low-risk situation. We’re not going to be putting anybody in cells or putting them in uniforms or touring the jail — anything like that.”

Parents will fill out a questionnaire after the event, which allows for follow-ups to see how well it’s working. Kath Miles with the Boyle County Agency for Substance Abuse Policy will be following up with parents after the truth tours, Wofford said.

While organizers hope to help “at-risk” kids with the program, “it’s not just at-risk … it’s for any parent that wants to bring their kid,” he said.

Boyle County Judge-Executive Harold McKinney said, “I think all kids are at risk. We don’t like to admit that, but I think they’re all at risk.”

Wofford said organizers plan to hold truth tours monthly once school starts. He already has some families signed up to participate in test run for the program.

“What I want to do is have one before we kick it off before school starts back, just so we can see how things are going to flow, if we need to change anything, if we need to fix anything, so that way when we start it, we’re ready to go,” he said.

Wofford said the truth tour program is a collaboration among the jail, the county attorney, the sheriff, local EMS, Boyle County ASAP and the Hope Network. They all hope it will fill a void in how the county is addressing the problem of drug abuse.

“We’re not doing anything as far as drug prevention with all the agencies combined together in a total effort,” Wofford said. “We need to be doing something because this affects how many arrests we make, how many people come to jail, how many people have to go to court. It can lower those numbers on the front end.”

Truth tour programs at the Boyle County Detention Center will be free and provided by volunteers from local agencies. The cost to Boyle County for the program is expected to be $0. Space on each tour will be limited. For more information or to inquire about participating in a truth tour, call the jail at (859) 238-1127.

Groups file lawsuit against KU to protect Herrington from…