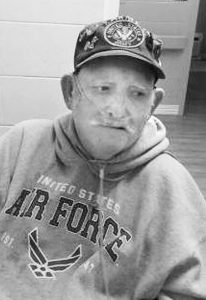 Raymond Wilson, 78, of Danville, passed away Friday morning at Ephraim McDowell Regional Medical Center. He was born on March 13, 1939 in Caryville, Tennessee to the late John Wilson and Cleo Adkins Wilson Ray. Raymond was preceded in death by his loving wife, Rosetta Regina Carr Wilson.

He proudly served our country in the Air Force for over 8 years, the Army for over 2 years, and in the National Guard for over 22 years. After retiring from the military, he worked for McKechnie Vehicle Components for many years. Raymond volunteered at Salvation Army Thrift Store and attended the Danville Church of God on Fourth Street.

A special thanks to Dr. Ellis, Dr. Muhammad and a special nurse at Charleston, Angela Lewis, for taking such great care of him during his sickness. www.prestonpruitt.com