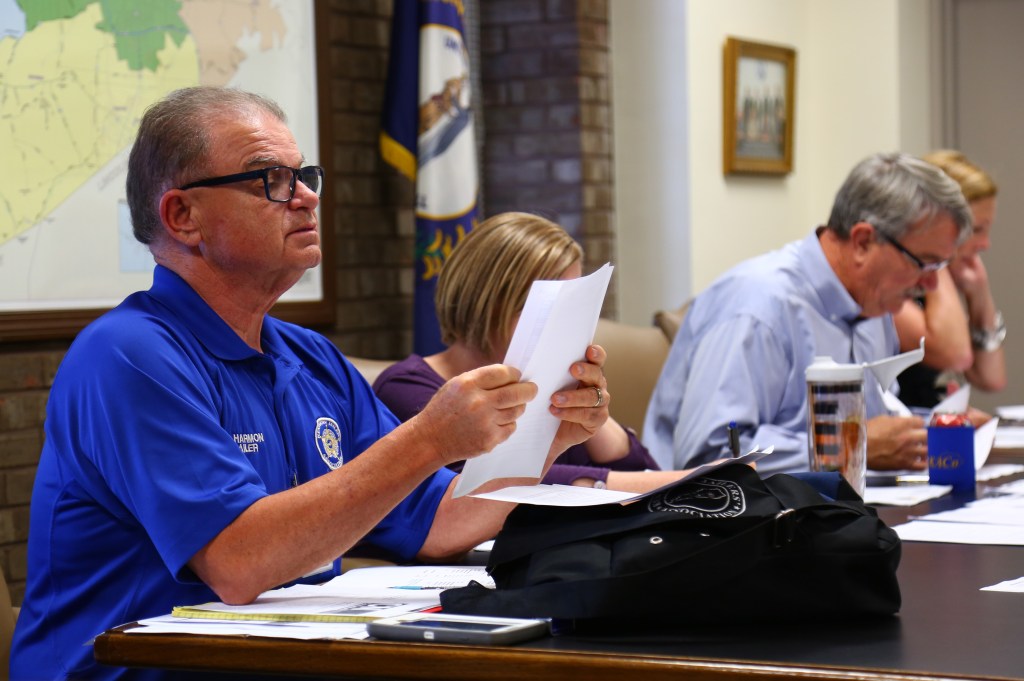 Early indicators are continuing to point toward success for a unique drug treatment program created this year for inmates at the Boyle County Detention Center.

The intensive outpatient (IOP) program offered through Shepherd’s House was launched in late February. It allows inmates at the jail to be released while they receive cognitive behavioral therapy; participate in work training; volunteer on service projects; and find employment.

There are 17 clients in the program from the first group, many of whom are on-track to graduate from the program in August, said Shannon Gillespie, Shepherd’s House program director.

“Every one of the ones who initially started — those 17 — are working either full-time employment or part-time, taxpaying (jobs). Except for one who is on disability — he actually had surgery last week,” Gillespie said while updating the Boyle-Mercer Joint Jail Committee Friday. “Everyone else is actually employed with a tax-paying job.”

Gillespie said there will be after-care plans set up for each client who is graduating, so they won’t just leave the IOP program immediately after graduating.

Those in the original group have all had between 26 and 35 drug screens so far. In the IOP program, clients aren’t sent back to jail immediately upon failing a drug screen. Instead, program employees work with the clients on correcting the behavior. A few clients from the original group failed drug screens two or three times, so Shepherd’s House sent them to treatment programs and now they’re back and doing well, Gillespie said.

“We’ve had a couple people who have never had a positive test at all,” she said.

Gillespie said one client from the original group is working at Wendy’s and is now on the management track there; another is working at the Danville-Boyle County Humane society and planning to take business management classes in hopes of a promotion.

Not all clients have found success — Boyle County Attorney Lynne Dean said there have been four “runners” and four people who had to be returned to the jail.

Gillespie said the program has “done good more than we’ve not.”

Gillespie’s report also detailed potential savings of more than $15,000 in June by running the program. It costs Boyle and Mercer counties $13 per client per day to use the IOP program, which totals $10,530 for 27 clients in June. If those 27 clients had instead been lodged at the Boyle County Detention Center, it could have cost the counties almost $26,000.

Other highlights from Gillespie’s June report include:

• all clients are now enrolled in health insurance, either through Medicaid or an employer;

• seven clients now have a community mentor through the Circle of Hope Peer mentor Program;

• two clients are improving their situation in family court cases by participating in the program; and

• clients had a 91-percent success rate on their drug screens in June, with nine positive tests and 87 negative tests.

Gillespie said there are 30-31 clients in the program as of July 14. The program’s maximum enrollment is 60.