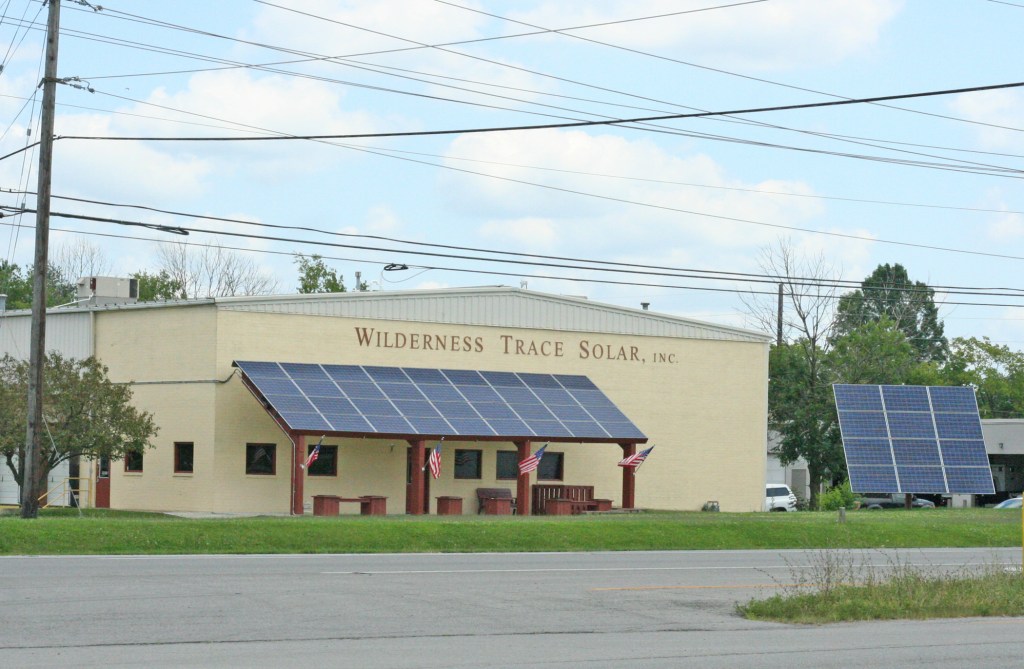 The sun shines bright on Kentucky, and on Wilderness Trace Solar, after the Danville business received a $7,000 tax credit through the Kentucky Small Business Tax Credit Program.

The company can use the credit for up to five years. It qualified for hiring a manager of installation and an installation technician.

Since receiving the credit for the two hires, Scott said they had hired two more people and will likely apply for the tax credit again.

He said they hope to hire more employees in the near future.

“We will see how things go,” Scott said.

There are a total of six people who work at Wilderness Trace Solar, not including Scott. The company was started in 2015, after the departure of Alternative Energies Kentucky (AEK), which operated in Danville from 2008 to 2013.

“They had a small solar panel manufacturing facility. I bought that, hired a couple of people who were in that company and started the business,” Scott said.

He moved the business from the rear of the old ATR building to its new home on the U.S. 127 bypass, in the former home of Hill Tool and Dye.

“We’re very lucky we have that building there, it’s right on the bypass,” Scott said.

It’s also pretty noticeable with the large moving solar panel situated in front, which follows the sun for light.

Scott said Wilderness Trace specializes in solar panels for homes and businesses that hook into the power grid; and panels that operate completely off-the-grid.

Hooking into the power grid is cheaper and allows a home or business to put the excess power harnessed from the sun back into their electric company’s power grid, thanks to the net metering law. That law states that if any excess power is put back into the system, the utility company has to give the customer credit for it at the rate they charge, Scott said.

Going completely off-the-grid is a little more expensive because it requires purchasing batteries in which to store the energy. That’s a system they don’t install as much, but he said it’s something they are working on more.

There are also benefits to going solar, Scott said:

• For-profit companies that want to go solar they can receive a grant through the Rural Electric America Program which could cover up to 20 percent of the business’ investment.