Variance approved for Danville McDonald’s to rebuild near gas line 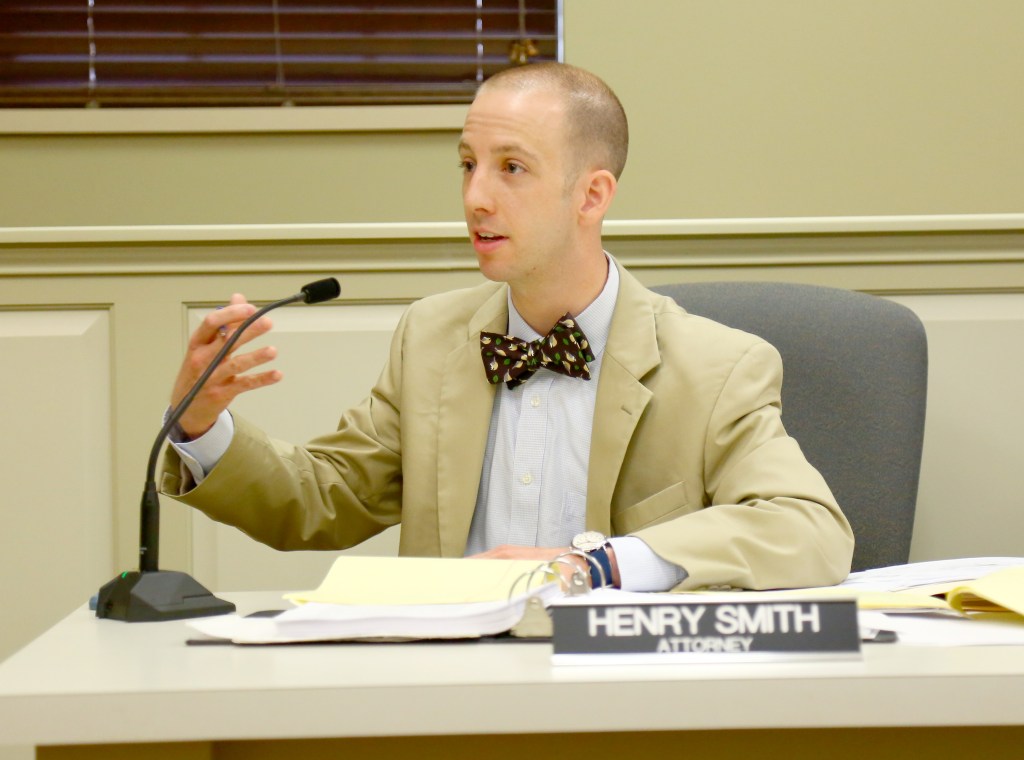 Second variance request for nearby property also under consideration

A Danville McDonald’s will be allowed to rebuild in a location that encroaches on a set-back zone for a high-pressure gas pipeline.

The local Board of Adjustments voted to allow a variance for the Jane Trail McDonald’s in front of Walmart during its Thursday morning meeting.

The board is also considering a second variance request concerning set-backs for gas lines at the nearby property where King Buffet used to stand. But it voted to table that request while board members study the issue.

The owner of the former King Buffet property, Greer Land Management, has specific plans to locate a sit-down restaurant chain and an oil-change business on that property if the Board of Adjustments approves, it was revealed at Thursday’s meeting.

Both properties are affected by gas pipelines, which are owned by energy giant Kinder Morgan, that run through the area. Kinder Morgan owns easements on the lines, which prevent anyone from building on or near where the lines run. P&Z regulations adopted in 2004 added 25-foot set-backs along gas lines, creating further padding between buildings and the underground pipes.

Both property owners were seeking the same kind of variance Thursday: They want to construct buildings that encroach on the 25-foot setback rule, but that do not encroach on Kinder Morgan’s easements.

Roderick Saylor, a project manager with Lexington-based GRW Engineers, already spoke with the Board of Adjustments about the McDonald’s request at the June meeting. McDonald’s wants to tear down its existing restaurant on Jane Trail, which is more than 20 years old, and build a new one in largely the same space. The existing building already encroaches on the set-back for a Kinder-Morgan pipeline because it was constructed before the set-back rule existed. In June, the board delayed approval or denial of McDonald’s request until it could get more specific information from the restaurant about the plan.

At Thursday’s meeting, Saylor and two other McDonald’s representatives had many of the details board members requested.

The new building would encroach on the set-back space a total of 865 square feet. That is less than the current building, which encroaches a total of 1,023 square feet, Saylor said.

Sharon Sills, owner of the McDonald’s, told board members one of the biggest reasons for rebuilding is it will allow the restaurant to have a “side-by-side” dual drive-thru lane.

“It’s getting our customers through there and improving the profitability of that restaurant,” she said. “By not adding the side-by-side, we’re really limiting our ability to generate the income that we know that that site (can generate) … We’re not really asking for anything we don’t currently have today because the bulk of our add will be on the other side of the building.

“It is an amazing site, it’s very very busy. Without the variance, it certainly limits our ability to do business, in general.”

Board member Donna Fairchild asked for assurance from Board of Adjustments Attorney Henry Smith that approval of the variance would not leave the board or the City of Danville liable if something should happen with the pipeline.

“It seems to me that they’re just creating another situation that’s like what has been there for 20 years now, so I don’t think that there’s any increase in your liability from what was already existing on this site before,” Smith said, adding that the Board of Adjustments is protected by governmental immunity. “If you’re not making this decision in utmost negligence, then you’re not going to be held liable for the results of it.”

The board voted to approve McDonald’s request, noting in the motion that the current building existed prior to the set-back rule; the new building will encroach less than the current building; Kinder Morgan is aware of the plans and will be able to oversee the project for safety; and the ruling is made on a single-case basis and is “strictly limited to the present circumstances.”

Easements and set-back issues are more numerous and complicated for the former King Buffet property. 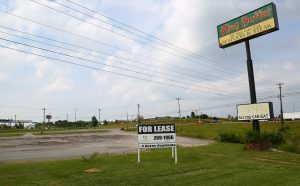 Ben Kleppinger/ben.kleppinger@amnews.com
The empty lot where King Buffet once stood in Danville could become home to a sit-down restaurant and an oil-change business if the local Board of Adjustments approves a variance concerning a pair of nearby gas lines with easements and set-backs that affect buildable space.

There are two gas pipelines that affect buildable space on that nearly-2-acre property, as well as a utility line easement, 40-foot set-backs from roads on three sides and easements for sanitary sewer lines, water pipes and others, said Jihad Hallany, principal engineer with Vision Engineering.

After accounting for all the easements and set-backs, there is only .324 acres of available space on the property — just 16.5 percent of the total lot, Hallany said.

While the old King Buffet building encroached on a total of 3,859 square feet on the set-back space gas lines, the buildings Hallany said Greer Land Company hopes to build would only encroach on 2,152 square feet.

Greer hopes to build a sit-down restaurant and an oil-change business on the land, Hallany said. 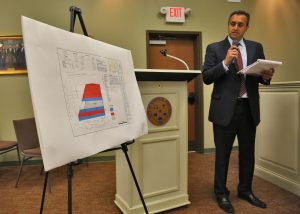 Ben Kleppinger/ben.kleppinger@amnews.com
Engineer Jihad A. Hallany presents to the local Board of Adjustments Thursday morning, concerning the property where King Buffet used to stand.

No one from Kinder Morgan attended Thursday’s meeting, but Hallany said Greer has been communicating with the company and has done “everything they asked us for.”

Kevin Nesbit, a local attorney representing Greer, said while the King Buffet building ran almost all the way through the 25-foot setback and nearly onto Kinder-Morgan’s actual easement, the proposed new buildings would be farther away from the actual easements.

“This is really greatly improving the situation,” he said.

“My biggest concern is that you knew when you purchased the property what the setbacks were and what the easement was,” said Virgie Johnson, Board of Adjustments chair. “That makes me a little uncomfortable, to be honest.”

The board voted to table a decision on the request until board members have had time to study the issue further. The Board of Adjustments meets again at 10 a.m. on Aug. 17.