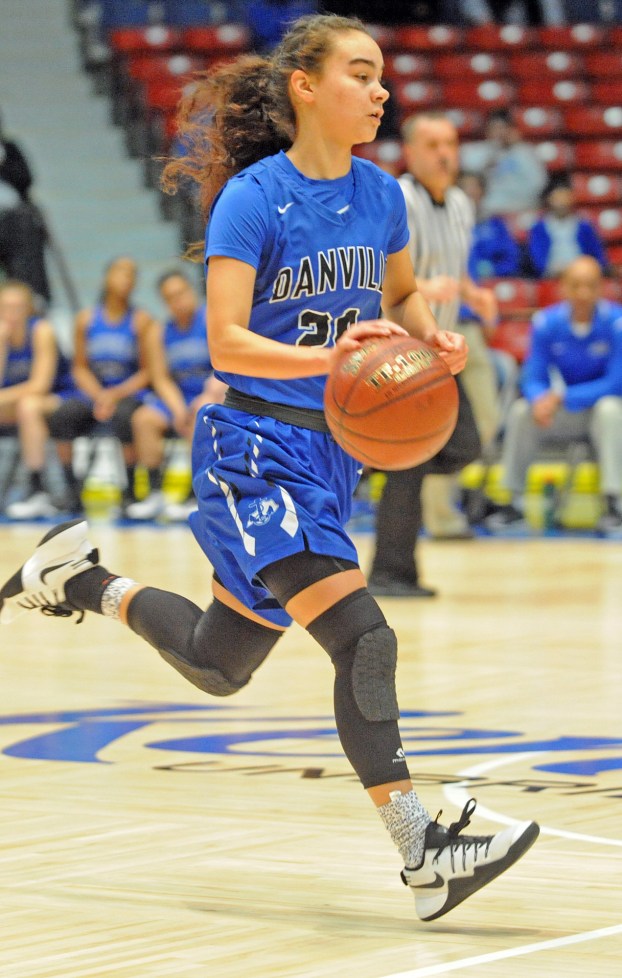 Alyvia Walker knows what it’s like to have a full schedule.

This year’s Danville Office Equipment scholar-athlete of the year won last year as a junior, and this year, she’s being honored for her accolades as a senior.

Walker finished her career as an Admiral with a 4.63 GPA. She’ll attend the University of Louisville as a Porter Memorial Scholarship recipient and was a member of the KHSAA Academic all-state.

In sport, area basketball teams will be happy to know the five-year starter is finally graduated. She averaged 17 points and six rebounds per game for Danville in its first-ever undefeated regular season in the 45th District. She helped lead the Ads to another 12th Region All-A title and was named in the East/West Senior All-Star game.

Walker said the first half of her school year was a grind: Every day she was up at 7 a.m. for school, practiced after that and went to work until 8-10 p.m. After that, it was time to study.

“On the weekends, I would try to recover from sleep deprivation if not working or playing ball,” Walker said in an email. “After Christmas I decided to leave the job because it was making it too hard to stay on track with school. It was a tough load to handle.”

She kept her workload in school, taking four AP classes. Her favorite? Spanish 5.

“I enjoyed both Bio and Spanish a lot, Spanish with Senora McCowan was a great cultural experience everyday. It was like a small knitted community where each one of us influenced each other and kept open minds.”

She’ll go to Louisville and major in chemistry, aiming for a career as a pharmaceutical scientist.

Walker said after her junior year she kept her focus on herself as a senior.

“Between my junior and senior year, I decided to fix my priorities and put more responsibilities upon myself,” she said. “I focused on getting into college and school work and basketball to help take some of the load off my parents.”

After taking part in the Governor’s Scholar Program last summer, Walker said she wanted “real-world” experience to help her figure out what she wanted to do.

“My senior year I went on many events occurring at Louisville and also had a job,” she said. “I wanted a lot more real world experience following GSP and tried to narrow my college/career path to a certain aspect.”

Walker said her advice to current and future Danville student-athletes is simple: Focus on school.

“Because even if you are an amazing athlete with tons of scholarships and opportunities, the one opportunity that no one can deny you of is getting an education,” she said. “Grades are what initially get coaches to look at you for the next level, but education doesn’t just fall into the genre of book smarts; it’s common sense as well. As long as you continue to expand knowledge and wisdom with determination, success cannot be to far out of reach.”

A Buckeye says goodbye to the Bluegrass

I wasn’t going to write this, but for the first time since I’ve been here, I’m letting a little bit... read more