Perryville vandals cause thousands in damage 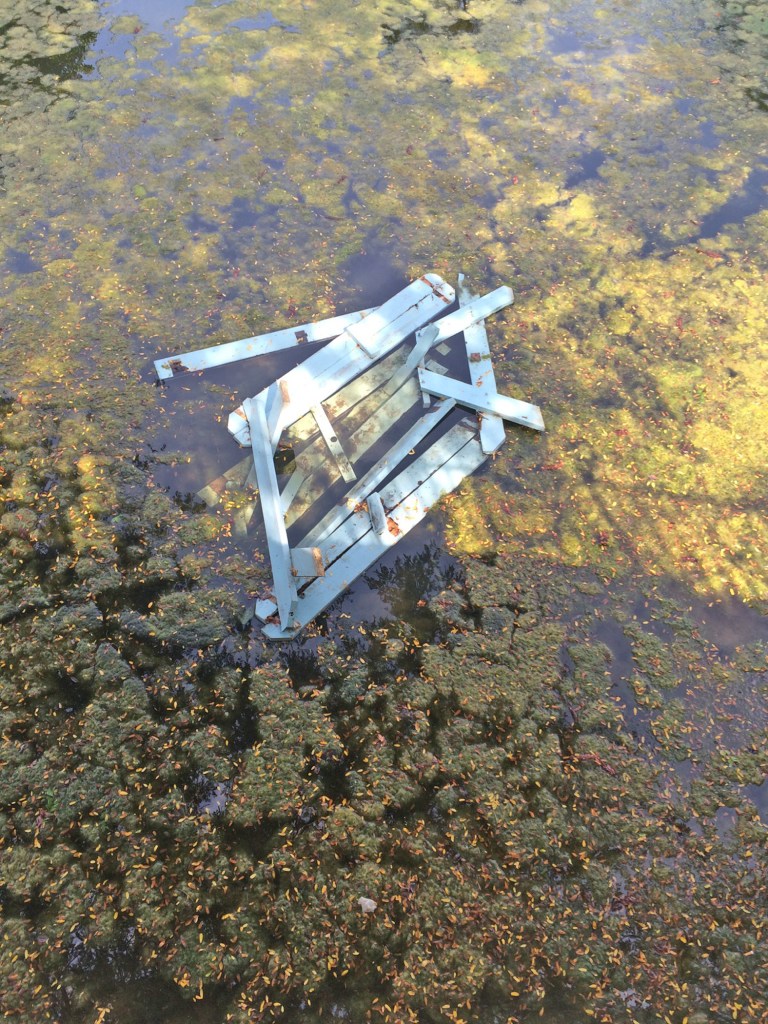 Photo courtesy of the Perryville Police Department A picnic table from Baril Park was thrown into the Chaplin River early Saturday morning, during a rash of vandalism, which included slashed tires, broken windows and more.

PERRYVILLE — Residents in Perryville woke up Saturday morning to a rash of overnight vandalism costing thousands, which had occurred sometime between midnight and 6 a.m.

Hatter said nothing appears to have been stolen, but based on the amount and type of damages, he believes more than one person was involved.

An approximate list of damage as of Saturday afternoon included:

• tires slashed on about 15 vehicles, including one with slashed seats, and the tires of a passenger van belonging to the Raptors motorcycle club;

• a slashed trampoline and child’s football and a knocked over Dish network receiver, which had been secured with concrete;

• a cut air conditioning unit at the Dollar General Store;

• glass broken in the back door of the Legion Hall, and windows broken in two houses nearby;

• damage to a door on a storage building at the Perryville Cemetery;

• a knocked over and damaged mailbox; and

• a picnic table from Baril Park being thrown into the Chaplin River.

“That leads me to believe it’s more than one person. Those picnic tables are heavy. There’s a fence that’s about four feet high; they would have lifted it up and basically bench pressed it over their head to clear the railing,” Hatter said.

It’s believed the perpetrators started near the parking lot shared by the Legion Hall, the Raptors motorcycle club and the Dollar General Store. Then, they hit the properties next door; traveled down West Fourth Street, hitting houses there and on Fifth; hit a house on Merchant’s Row and Baril Park; traveled across the footbridge and up East Third Street, hitting a house on the corner of East Fourth Street; before ending along Gibson Street and Leonard Street, Hatter said.

Hatter believes the people were locals, that they committed the vandalism on foot, and that the culprits were likely juveniles or young adults, based on the type of damage done — specifically, the slashing of the trampoline and the football.

“What adult would do that?”

One of the buildings affected has a security camera, and Hatter said he plans to review the footage.

“I’m hoping we can pull some evidence from that,” he said. “Hopefully this will give us a lead on where we need to go with all of this.”

A fingerprint was also lifted from one of the properties.

Council member Paul Webb owned the properties where the windows were smashed. Tires were also slashed at his home.

“As a council member, I won’t stand for this kind of behavior in our community and I will push for the county attorney to seek the maximum punishment allowed,” he said.

No one saw anything, Hatter said — or at least, no one has come forward yet. If anyone has information, he encouraged them to call the Danville-Boyle County 911 Dispatch center at (859) 238-1220. Callers can remain anonymous.

“Any information, even if they don’t think it’s important, could be a pertinent piece to get this taken care of,” Hatter said. “Perryville’s a small town. We don’t normally have this happen and we are not going to tolerate it.”

Anyone with information that could be relevant to a rash of vandalism that occurred in Perryville between midnight and 6 a.m. Saturday is encouraged to contact Danville-Boyle County 911 Dispatch at (859) 238-1220. Callers can remain anonymous.