Joanna Coulter of Willisburg, was selected as Employee of the Month for June 2017 at Northpoint Training Center. Coulter began her employment at Northpoint Training Center in September 2013 as an administrative secretary. Coulter was selected based on her outstanding job performance. She received a letter of commendation and was assigned a reserved parking space for the month.

Kelvin Hundley of Danville, was promoted to maintenance branch manager on July 16 at Northpoint Training Center.

Hundley began his employment with the Commonwealth Office of Technology as a Network Analyst I in August 2015. 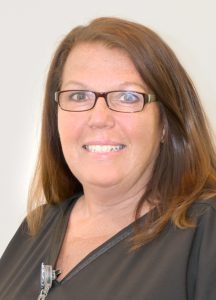 McDowell Home Health is pleased to recognize and honor one of its nurses for her extraordinary patient care. Jackie Adington, RN, BSN, was one of many nurses nominated for the DAISY Award. A resident of Lincoln County, Jackie has been caring for patients at McDowell Home Health one year.

She was nominated by a co-worker who said, “We recently had a patient who we saw in the home setting, he had many acute and chronic illnesses. His only caregiver was a sister who was elderly herself. One night after hours, the family reached out to Jackie to let her know that their home had burned down due to a kitchen fire. The sister was able to safely remove the patient from the home. This family had very little to begin with, but after the fire were left with nothing. The patient has a trach, oxygen and weakness along with other health conditions. He was placed at a local hotel by the United Way for two days.  Jackie quickly jumped into action, she rallied our entire department together. We were able to raise $200 very quickly to help the family with food. Jackie had items of clothing donated for the sister and the male patient from our employees. Gift baskets with snack foods were fixed to take to them so that they would have snacks available.  Jackie drove miles out of her way to deliver these items and check on the patient. She communicated regularly throughout the process with pharmacies, doctors, DME companies and our management team to ensure the patient didn’t miss a beat with his healthcare needs. She is a kind and compassionate person and did all of this without the intent to get recognition. Many of us were involved because she was so eager to help this family in their time of need. She does acts of kindness for her patients daily that often go unrecognized. Please consider awarding her the DAISY Award because she is a true asset to our system and community.”

Ephraim McDowell is proud to recognize nurses with the DAISY Award, a national program that honors the compassionate care and clinical excellence that nurses bring to their patients every day.  Nomination forms for the DAISY Award are available at various locations throughout EMRMC and Ephraim McDowell Fort Logan Hospital. 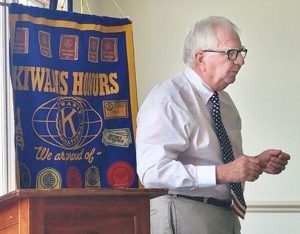 Earlier this month, The Boyle County Kiwanis Club had the privilege of hearing the story of John Caywood’s time spent serving our country in Vietnam, as well as thoughts and conversation with the group about that time in our history, the way those who served were affected, and local reactions during and after that timeframe. Thank you, John, and thank you to all who serve our country, state and communities in a wide range of capacities. 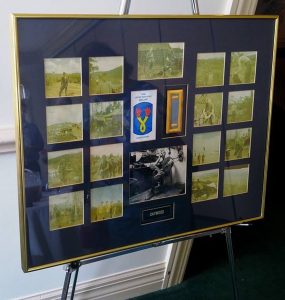 Sewer rates on the rise