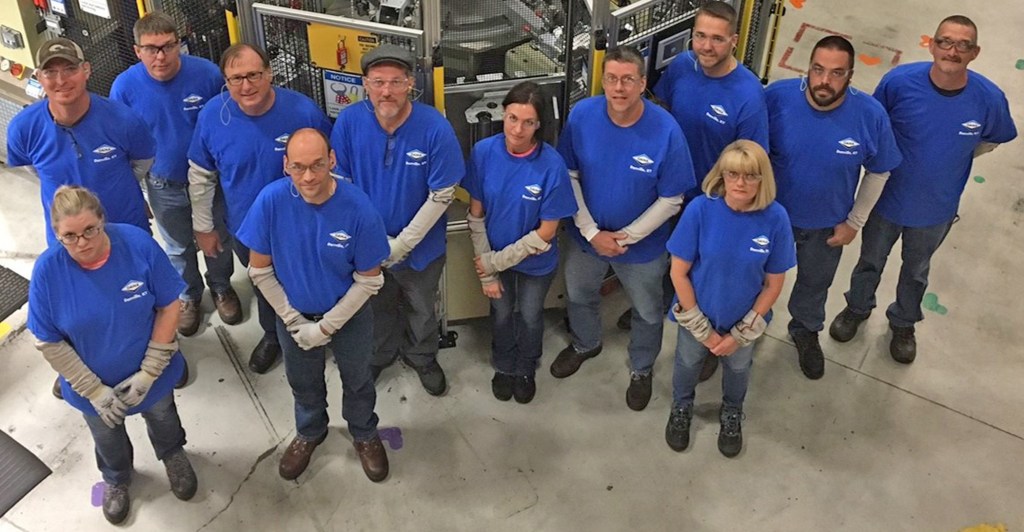 Employees at Dana Incorporated in Danville have something to celebrate, after a gasket designed at the local plant won a 2017 Automotive News PACE Award.

“Winning this PACE Award is really the unique thing … This is like winning the Grammys or the Emmys of the auto industry,” said Mike Kestly, senior application engineer at the Danville plant.

“You don’t often think of gaskets as being revolutionary products, but what this does is enables vehicle manufacturers to design components, or systems, to operate at higher pressures,” said Mark Burd, public relations manager of Dana Incorporated. That, in turn, makes the vehicle run more efficiently, he said.

Burd also referred to the PACE Awards as being the “Emmys or the Oscars of automotive design.”

“For this component to win (a PACE Award), it’s a very big deal within the industry,” he said. “It certainly is a huge source of pride for everyone in Danville.”

Kestly, picking up the explanation, said they were contacted with a need for an improved transmission pump gasket to work under higher pressures.

“This was kind of a new market for us,” Kestly said.

The local plant has specialized making multi-layer steel head gaskets for engine components. Using that technology, he said, they talked about how to apply this in a new way. Working with people from every aspect of the Danville plant, Kestly said they came up with the Multi-layer Steel Transmission Pump Gasket.

The goal was to make the engines run more efficiently, which can be done at higher pressures. That can also create challenges, having a gasket that can sustain at those pressures.

The pump can run more efficiently at these higher pressures because of the gasket.

“We designed and developed a five-layer for this pump. It met all of their requirements and was extremely durable,” he said. “From proposal, samples, to analysis and development, to releasing it to production — we did that in about a year and a half, which is lightening speed.”

It’s already being sent around the world, to places such as Canada, South Korea and China, “right here from Danville.”

“That’s pretty exciting,” he said. The gaskets are also being used “widely” in vehicles everywhere.

Kestly thinks the speed with which they were able to take the product from inception to release helped it with being selected for the PACE Award.

“’People finding a better way’ is the slogan we like to use,” he said.

There were hundreds of applicants for the PACE Award. Of those, 30 were selected to be finalists. He said two judges were assigned to the finalists and made the trip to a location to review the technology — judges visited Dana Incorporated’s technology center in Lisle, Illinois.

“The judges are like our advocates. They try to sell us and our technology, Dana’s technology … to the rest of the judges,” he said.

In April, a black tie event was held in Detroit, where 13 different awards were given out.

“At about 10 or 11, we were thinking, ‘Oh, no.’ Then they announced ‘The DANA Incorporated’s transmission pump gasket has been awarded the PACE Award,’” Kestly said.

Bringing it back home, Kestly said, had been exciting. Danville has been home for Kestly for about 14 years. He worked in the company’s Lisle, Illinois plant for about 16 years, and recently celebrated his 30-year anniversary with the Dana Corporation.

“It was really great when they announced we were the winner. We had someone from every aspect of the plant,” he said.

To celebrate those involved in Danville, the company held a celebratory lunch and everyone got shirts with “PACE Award Winner” and a big picture of the gasket on the back.

“That was really cool,” Kestly said. “I get a kick when I walk through the plant and I see someone wearing their PACE Award shirt.”

The award is displayed in the front lobby of the plant, too.

“The gasket-makers and the engineers that worked on the program are proud that we won this award,” Kestly said. “We make gaskets here.”

There is currently a patent pending on the gasket.

Sewer rates on the rise